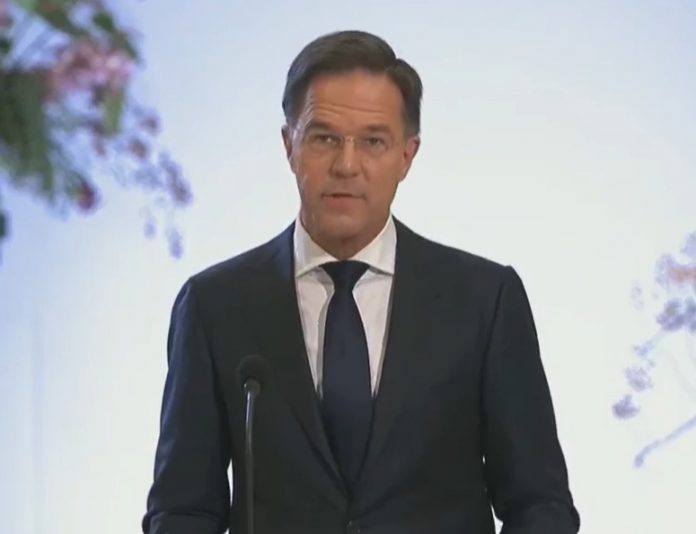 Prime Minister Rutte emphasized during his speech that he is aware of the responsibility of the Dutch State in its historical form, and thus he offered apologies for the role of the Netherlands, in the involvement of its government predecessors, to allow, facilitate, promote, pertuate and benefit from the slave trade.

“Slavery affected the dignity of human beings for many years, slavery by which people were consciously reduced to business merchandise in a repulsive way and were removed from their circle and their family”, Rutte said.

He indicated that to begin reparations, an integral package of measures will be offered which will include, among other things, stimulation of knowledge, awareness, recognition, commemoration and better understanding of the effects of slavery to this day. Aside from this, the Cabinet will work on equal opportunities and fighting racism and discrimination.

“The history that we share leaves us living in the 21st Century amazed and ashamed for acts that took place. History cannot be eliminated with an apology, and this is not the intention of the Cabinet. We cannot change the past, but we can recognize it. The Cabinet sees today’s reaction as an important step, not as closure”, he indicated.

He added that the Cabinet sees the process of awareness of slavery in the past as a long one, and wants to put a basis for a united future on the way to the year of commemoration of abolition of slavery, which will begin on the 1st of July, 2023.

Rutte pointed out that even though we cannot hear voices from the past, the story that can be made out of historical documentations is not always pretty, and many times it is ugly, painful and directly shameful. This is the case for the role of the Netherlands in the history of slavery.

He continued saying that until 1814, over 600,000 men, women and children out of Africa were enslaved and sent in boats in deplorable conditions to the American continent by Dutch slave traders. In Asia, between 660,000 and one million people – there is no certain number – were trafficked to the areas under authority of the West Indies Company.

The Prime Minister referenced the book Anton de Kom, which tells about the treatment and horrible punishments that the slaves had to endure. In the book, the reader can find stories about people who were tortured to death, people who lost their extremities as punishment or were burned with iron on their faces.

“We can read about it, we are aware of it, but even so, the horrible destiny of the person who was turned into a slave is almost unimaginable”, he added.

Rutte commented that this history finds, in recent years, more attention through exhibitions, publications and also in public debate. He emphasized that social awareness is taking place and through this there is also a change in mentality, something that is good, appropriate and necessary, because the silence lasted too long, he said.

“Centuries of oppression and exploitation have effects on the present still, in racist stereotypes, in discrimination and exclusion patterns and in social inequality. And to break these patterns we must face the past with honesty”, Rutte emphasized.

Dutch Secretary of State for Justice and Security, Van der Burg mentioned in his speech that he is thankful to those that for many years fought to resist slavery. “A lot of our parents are those who suffered because of slaver in the past”, he commented.

A very specific pointed mentioned by Van der Burg was that slavery in Aruba was less intense compared to other countries, but this further emphasized the cruelty of those who enslaved people.

The Secretary of State also indicated that he finds Virginia Dementricia, and Aruban born in slavery, to be admirable and he finds it remarkable that she had the shine and courage to resist her oppression.

Looking forward, the Dutch government is collaborating with Aruba to surpass challenges presented by the history of slavery, by contributing to the digitalization of the National Archive in order to improve accessibility to documents that help those interested in finding out more about their past to find the necessary information.

Meet the ‘Fighter for Kids’; The reason why Carolina Thiel-Span is...