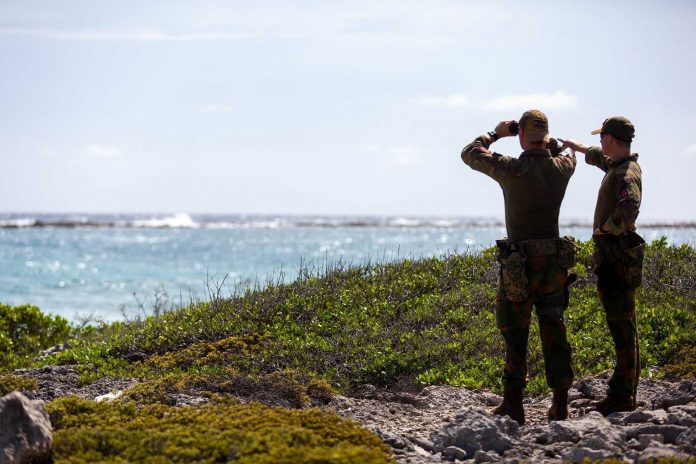 Defense is deploying additional soldiers to the Coast Guard in the Caribbean to support with coastal surveillance. The military are conducting additional coastal observations, this extra effort is needed to prevent possible landings with undocumented migrants to be recognized in time.

The support is provided by both army soldiers of the Company in the West as well as the Curacao militia. Defense has decided on this deployment after a request for assistance from the authorities of Curacao to the Coast Guard for coastal observation. The extra effort also works preventively against illegal weapons or drug trafficking. The Compagnie in the West is specialized in both mobile observations (hereby they move on foot or in vehicles), as well as “static” observations where they have specific areas of interest under observation concealed. Supporting the civil authorities is one of the three main tasks of the Ministry of Defense in the Caribbean. This is done in a variety of ways, from hurricane relief to support of the police or Coast Guard.

“Building Back Better: Toward a Disability-Inclusive, Accessible and Sustainable post COVID-19 Aruba”

‘Dinner under the Stars’ at Manchebo Beach Resort & Spa: Unforgettable, that’s what you are!

World Suicide Prevention Day: Now we should take care of each...