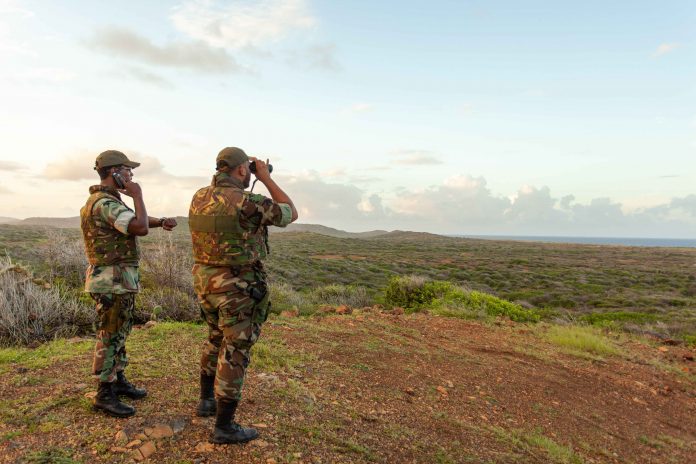 Dutch Defense is making more people and resources available to the Coast Guard in its support to the Caribbean region with maritime border surveillance.

The extra support has, in addition to Curaçao, also been expanded to Aruba. The military has been conducting for quite some time additional coastal observations in the Caribbean to possible identify landings with undocumented migrants in a timely manner. After a request for assistance from Aruba, Defense has decided to join the Coast Guard support with coastal observations. Earlier this year, the Ministry of Defense delivered the same current assistance to Curaçao at the request of the Curaçao government. Besides to prevent undocumented migrants from crossing to the ABC islands, often with non-seaworthy boats, this deployment also has a preventive effect against illegal weapons or drug smuggling. Caribbean soldiers, consisting of the ARUMIL and the CURMIL, as well as soldiers from 32 Raiding Squadron (Aruba) and the Company in the West (Curaçao) are used for this task.

The commitment is paying off because last night, partly because of the efforts of Defense, a landing of undocumented migrants was detected in Aruba. Six people were arrested. Supporting the civil authorities is one of the three main tasks of Defense in the Caribbean. This happens in several ways, from emergency relief during hurricanes to support for the police or Coast Guard.