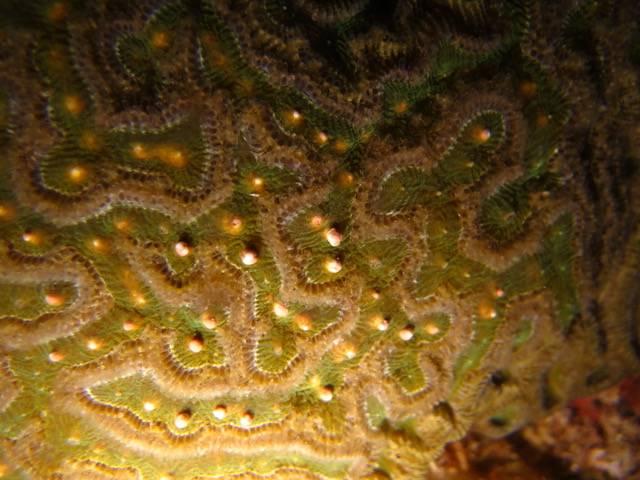 Caribbean Research and Management of Biodiversity (CARMABI) has released its annual coral spawning prediction calendar for the south Caribbean.  This calendar plays a central role in studying the reproductive biology of Caribbean corals and guiding coral restoration efforts for the southern Dutch Caribbean islands.  Based off these predictions, researchers are able to harvest coral gametes that are reared to larvae that can be used to cultivate future coral colonies.

Coral spawning is a miraculous event where entire coral colonies, prompted by the lunar cycle, sunset time and water temperature, release gametes (eggs and sperm) simultaneously. Gametes of one species fertilize another to become fertilized embryos that settle on the ocean floor after days to weeks. Being able to witness a spawning event is a unique opportunity for scuba divers to enjoy the breath-taking scene as the entire reef becomes engulfed in a blizzard of future corals.

Each year, Caribbean Research and Management of Biodiversity (CARMABI) releases a calendar to predict when each species of coral is expected to spawn. During these events, researchers from CARMABI and Reef Restoration Foundation Bonaire (RRFB) also collect gametes to be used to grow new corals in a laboratory setting.

One such project, which has been very successful, has been the restoration efforts centred on the elkhorn (Acropora palmata) corals. Historically, elkhorn coral could be found throughout the shallow waters of the Caribbean, however, this species is now listed on the International Union for Conservation of Nature (IUCN) Red List as critically endangered.  Starting in 2010, CARMABI together with SECORE International initiated a project to study the reproduction of these corals leading to the first outplant of lab raised Acropora corals in 2011 that grew rapidly and spawned themselves “in the wild” in 2015.

The benefit of this approach using gametes rather than fragments harvested from existing colonies, is that colonies reared from larvae represent a large variety of new genetic combinations, including some that allow corals to survive despite changing (worsening) environmental conditions on reefs. Fragmented corals represent existing genetic varieties that have not experienced the selective pressures operating on reefs at present.

There are a variety of other species which are also of great importance but have been a bit more challenging to cultivate within the lab.  These species include important reef-building corals, which have separate male and female colonies, and thus require different techniques for harvesting their gametes.  Examples of these types of corals include the great star coral, Montastraea cavernosa, the round starlet coral, Siderastraea sidereal but in recent years CARMABI has also developed the methods to harvest and rear gametes of these species and all of them are currently grown in the CARMABI labs on Curaçao.

The calendar for the coral spawning predictions for the southern Caribbean can be found here: http://www.researchstationcarmabi.org/predictions-for-coral-spawning-events-in-the-southern-caribbean-for-2020/.

“The travel industry in the Caribbean needs to understand how to...