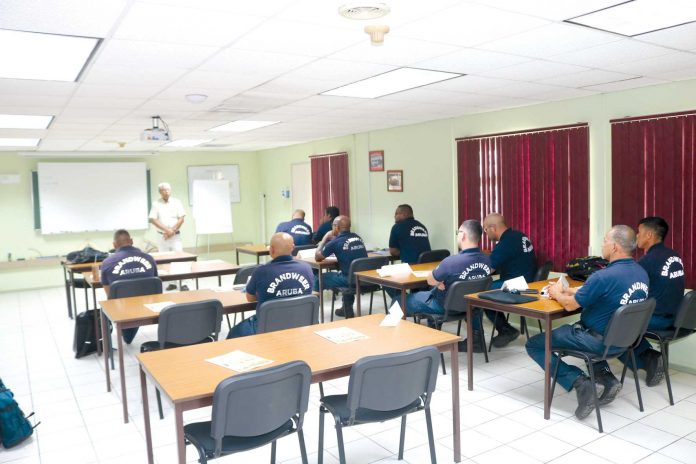 Recently, the Minister of Justice and Social Affairs, Rocco Tjon, announced that after 15 years, the fire department will organize another commanding officer training for the personnel of the Fire Department at Station Tango.

Investment in personnel is a fundamental part of the Ministry of Justice and Social Affairs policy. It comprises the following training:

Certification of eight firemen as instructors after successful completion of the training in Curacao;

The “crew B” training is in the second phase;

A new training for aspirants which will start soon

Aruba to me; Ken Philips and Paula Philips