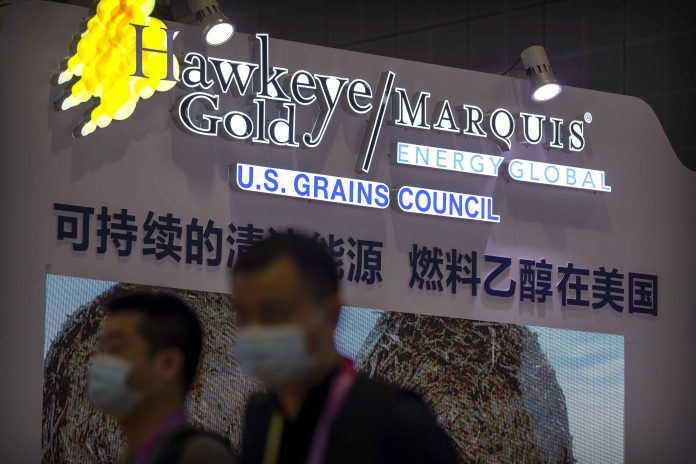 Chinese leaders are conducting an import fair under intensive anti-coronavirus controls in their latest effort to revive the world’s No. 2 economy while the United States and Europe struggle with a renewed surge of infections.

Few exhibitors came from abroad for the third China International Import Expo. Most were represented by Chinese employees or managers who work in China. Beijing has eased curbs that barred foreign visitors to China, but new arrivals are required to undergo a 14-day quarantine.

China, where the pandemic began in December, became the first major economy to begin the struggle to restore normal activity after the ruling Communist Party declared victory over the virus in March. Economic growth turned positive in the three months ending in June. Retail spending has edged back above pre-virus levels.

“By hosting the expo in these difficult times, China is demonstrating its resolve to keep the global economy on track,” the official China Daily newspaper said Wednesday.

The expo does nothing to address complaints about China’s trade record that helped to spark its tariff war with Washington and fuel tension with Europe, Japan and other trading partners.

Other governments complain Beijing violates its free-trade commitments by hampering access for foreign companies that want to invest and compete in its industries. They say the ruling party improperly supports its fledgling companies in technology and other promising fields and shields them from competition.

The approximately 2,600 companies at the six-day expo that opened Thursday in a cavernous, 1.5 million square meter (16 million square foot) convention center include many that already operate in or sell to China.

Tyson Foods Inc. is at the expo for the first time to showcase its pork, beef and pet food, said Zhou Qian, the company’s public relations manager for Greater China. Tyson has been selling chicken in China for two decades and has six factories in this country.

“2020 is a very special year. The epidemic is both a challenge and an opportunity for our meat company,” said Zhou.

China has relaxed most anti-disease controls but travelers and visitors to public buildings still are checked for fever and must show a smartphone app that records whether they have been to areas with recent infections.

At the import expo, exhibitors and visitors were required to show proof they had a negative virus test within the past week. Crowds are limited to 30% of the normal capacity of the National Exhibition and Convention Center.

China held this year’s first in-person trade fair in September in Beijing. Exhibitors from abroad at the China International Fair for Trade in Services took part via the internet.

The same month, authorities opened the Beijing auto show, the first major trade show for any industry since the pandemic began. A handful of foreign visitors arrived early to wait out a quarantine, but most brands were represented by Chinese employees or executives who work in China.

The world’s biggest sales event, the export-oriented Canton Trade Fair in southern China, was postponed from April to June and held online.

African nations seek scrutiny of U.S., others over racism