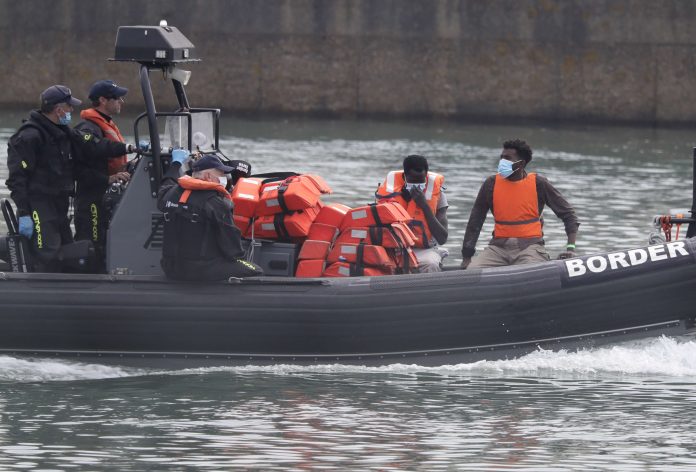 The British government has appointed a former Royal Marine commando to try to stop people crossing the English Channel from France in small boats.

Britain’s Conservative government has talked tough amid a surge in the number of migrants crossing the Channel during recent warm summer weather. On Thursday, 235 people were brought ashore, a record number for a single day. More than 650 have arrived so far in August, including babies and unaccompanied children.

Patel has said the Royal Navy could be called in to prevent boats reaching U.K. waters, though other senior officials and politicians say that would be impractical and potentially dangerous.

On Saturday the Ministry of Defense said it had received a government request to “support U.K. Border Force operations” and was looking into how it could best help.

Migrants have long used northern France as a launching point to reach Britain, either in trucks through the Channel tunnel or on ferries.

Some have turned to small boats organized by smugglers because coronavirus lockdowns have reduced opportunities to stow away on ferries and trucks. Fine summer weather is also prompting more people to make the risky journey across one of the world’s busiest shipping lanes — about 20 miles (32 kilometers) at its narrowest point — in vessels as small as dinghies and kayaks

The British and French immigration ministers are due to hold talks this week about the Channel crossings.

Human rights groups have criticized the British government’s harsh rhetoric and accused officials of trying to blame France for the rise in the number of boat crossings.

Bridget Chapman of the Kent Refugee Action Network accused the government of “saber-rattling,” and called for asylum seekers to be given legal ways to come to Britain.

“That would close this route overnight, would save lives, and we would know exactly who was arriving and when,” she said.