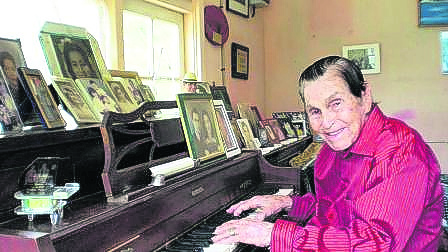 Juan Chabaya Lampe or Padu del Caribe the man, the legend, the father of Aruban culture has passed away yesterday afternoon at the age of 99 years. He was perhaps one of the most internationally renowned and influential artists his beloved native island of Aruba has ever known.

Starting with the release of his first record in late 1960 – which was titled “Padu del Caribe en Venezuela”, a record which went on to sell 50.000 copies within its first year of release and established him as a household name in Venezuela – he has established himself as one of the most esteemed legacies in Caribbean music over the course of a career which has spanned five decades. He was born in Oranjestad, Aruba on April 26th 1920 with the given name Juan Chabaya Lampe, one could argue that Padu del Caribe – he adopted the name Padu after it was bestowed upon him as a nickname in honor of his grandfather, his ‘padushi’ – was destined to leave his mark on the music world as he was born into a very musical family. Padú del Caribe wrote “Aruba Dushi Tera”, a waltz that is now the national anthem for Aruba and was long a rallying cry for separation from the Netherlands Antilles, which was achieved in 1986. q

Azure Beach Residences The Villas: Your Own Beach Villa with a...