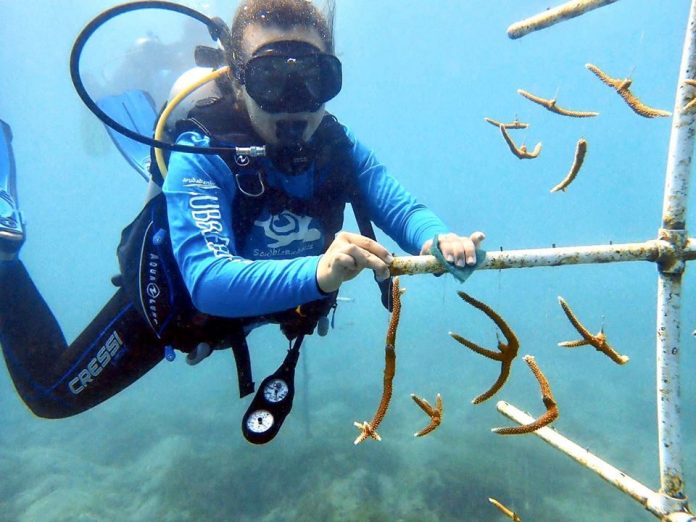 Aruba shows its true colors in a time of crisis. This statement applies to everything and can be interpreted in a negative or positive way. Here we look at the positive side, nature’s side. We can see the island is taking a break, a sabbatical, a restore time, a happy time. Empty beaches, trees and plants that are not covered by dust spreading around by passing ATV’s and an underwater world that is spreading its wings in all ways.

Several foundations and organizations take care of Aruba’s marine world and one of them is Aruba Reef Care Foundation. The goal of the project remains community education and the eventual establishment of an Aruba Marine Management System. Known originally as the Aruba Underwater Reef Clean-up, it was launched in 1994 by the initiative of Castro Perez and Byron Boekhoudt in 1993.

Reef rescue Network is a network created to assist the creation and management of coral restoration with organizations & businesses throughout the world. Their goal is working together to reverse the decline of Coral Reefs throughout the Bahamas & Caribbean. The Reef Rescue Network partner in Aruba is ScubbleBubbles Foundation, an incorporated foundation in Aruba focused on getting more local youth involved in ocean conservation activities. It started in 2016 as a way to get more young people diving, but soon it was clear that something needed to be done to protect and restore the beautiful reefs of Aruba.

They recently went out to clean both of their coral nurseries and were welcomed by happy coral polyps! It is great to see both nurseries doing so well. More coral restoration activities are coming soon from the Scubble Bubbles which can be followed on social media. 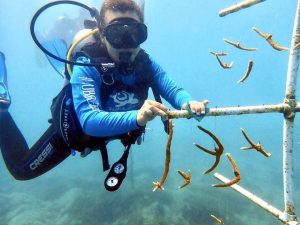 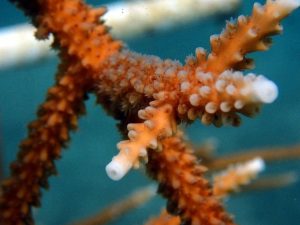 Mangroves are to be protected.
The above mentioned organizations protect the island’s mangroves and create awareness on its importance. Amid the mangroves’ tangled undersea roots, juvenile reef fish are safe from predators until they mature and can migrate out to populate coral reefs. Mangroves are the nursery grounds for many important fish species including snapper, parrotfish, and barracuda – fish that attract millions of tourists to the Caribbean each year and provide food to its citizens.

These valuable nurseries are disappearing at an alarming rate, and so are the reef fish they support. It’s ironic that the mangroves being destroyed may be more important to tourism than the shops and roads that replace them. Scientists estimate we’ve already lost 30 to 60 percent of the world’s mangroves. In the Caribbean the Cayman Islands is moving forward with protecting these important ecosystems with a Species Conservation Plan. Hopefully Aruba will follow this example. 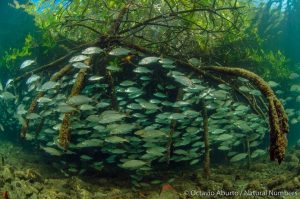 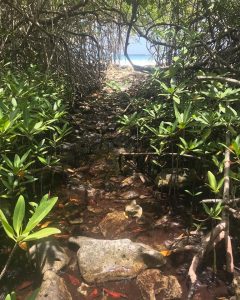 Aruba to me is… Love at first sight!