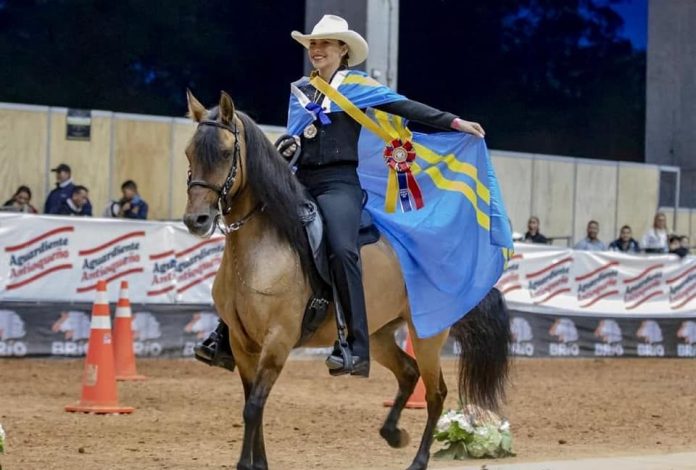 During the equitation competition in Medellin, Colombia, last week the Aruban amazon Zoey Arends won the gold medal in the category Paso Fino. She had to go up against some very strong competitors from Colombia and eventually proved to be the best.

Three judges considered the participants in the competition and were unanimous in their decision to appoint Zoey as the winner of the gold medal in the category Paso Fino. The experience to be able to compete in Colombia was very positive for the Aruban delegation.

They were welcomed with open arms by the organization. The various equitation schools showed their respect to the Aruban amazon after winning her medal and both her coach Igor Kock and she are still enjoying the honor they received from the Colombian delegations.

The coach did not only train Zoey, but two other Colombian amazons who won gold too in other categories. He can look back at a very successful event. Zoey was participating as part of the selection of the Organisacion Caballista Arubano. Q