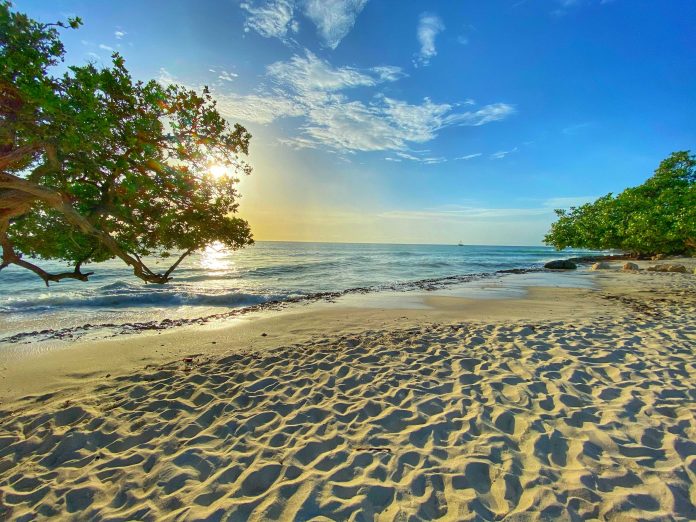 Despite the sharp increase in the number of corona cases, Aruba wants to avoid a lockdown, such as on the neighboring islands of Curaçao and Bonaire , and also in the Netherlands. Above all, the island does not want to close the borders at all and new, extra measures should above all not stand in the way of the cautious recovery of tourism.

Minister Oduber expresses his joy on Facebook about increasing flights to Aruba from America.“This new increase is not convenient, just when we have a situation where tourism is improving again,” said Minister Dangui Oduber, responsible for health and tourism. “The latest estimate for March also shows that we will receive more than 43,000 tourists. And for the coming, second quarter, there will be another increase in flying seats that is higher than in 2019. ” But Aruba, with more than 650 active cases, cannot escape taking extra measures. Because the hospital has never been so full since corona arrived on the island a year ago. Horacio Oduber Hospital rang the bell this week; there are only a few places left in intensive care. And this time not because of a shortage of respiratory equipment, but of staff. Of the 18 ic beds, the hospital has now managed to increase this number to 22. Most corona patients in the hospital are obese and almost 40% have high blood pressure. But with 43 corona patients admitted, 13 of whom are in intensive care, the hospital is not out of the danger zone for the time being.

The extra measures are therefore in addition to those that the government already took last week, such as the ban on alcohol consumption on the street and visiting each other. As of March 27, the curfew is again 2 hours longer (starts at 10 p.m.); the schools must close for two weeks starting March 29 and camping is not allowed for the second year in a row. The latter is a popular tradition with the population during the Easter holidays.

Going out for dinner relaxed

Yet the Aruban government – in contrast to Curaçao and Bonaire in particular – does not want to harm tourism with the new restrictions. That is why the catering industry remains open, only with an earlier closing time from 11 am to 9 pm. The rules for dining out are also becoming more flexible: instead of a maximum of two, four more at a table and children under 12 are not counted. So they can join you at the table. Plus, the eaters don’t have to come from the same household or be friends. Head of infectious diseases department Sharline Koolman explains why this measure has been relaxed while at the same time informing that restaurants are in the top three of the hot spots of infection on the island: “It actually concerns the bars that also have a restaurant license and where every time a flood of people is. The problem is therefore not where the four of you sit down and eat neatly at a table and then leave. That is why we have relaxed that again. The top three sources of infection also include churches and sports facilities (gyms). The latter must also be closed for two weeks.

Half of the new cases are due to the much more contagious British corona variety. People also walk around longer (3 to 5 days) with symptoms without reporting this or they do not want to tell it at all that they are infected, says Koolman. In addition, the government cannot trace the source of the infection at all for a third of the cases. Curaçao has now overtaken Aruba with the record number of active infections (above 2000). But Aruba still has the record number of corona deaths of 82. On Curaçao 28 people have died so far, on St. Maarten 27 and on Bonaire the death toll is 10.

Creative workshops that color your life