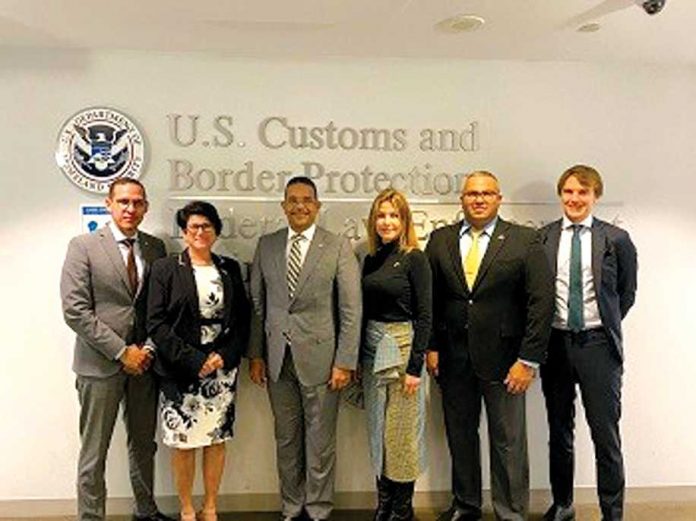 A delegation consisting of representatives of the Ministry of Tourism, Ministry of Justice, the director of the Department of Foreign Affairs, Aruba Ports Authority, Embassy of the Netherlands, and under the leadership of the Plenipotentiary Minister based in Washington, traveled to Washington DC. The delegation had a consultation meeting with the US Customs and Border Protection and State Department about the US Preclearance in Aruba.

Aruba, as the frontrunner, negotiated a pre-inspection treaty for the US Customs and Immigration back in 1994 and achieved the establishment of the US Pre Clearance at the Queen Beatrix International Airport. The CBP Pre Clearance is essential to maintain the stability and growth of tourism in Aruba since the majority of tourists are from the USA. The CBP officials expressed their long-awaited desire to modernize and expand the Pre Clearance treaty of 1994, like the shortage of personnel and limited budget. The US Pre Clearance is essential for the economy of Aruba. Therefore, the Government has prioritized this matter and confirmed its commitment to renegotiate the treaty. Before the Consultation meeting, both parties brainstormed extensively about security, operational aspects, and legal interpretation. The meeting was productive, and both parties expressed their commitment to maintaining the CBP Pre Clearance operations in Aruba. The officials outlined a detailed plan of action before the upcoming high season and before the renegotiations of the treaty. The delegations expressed confidence that the deliberations will have a positive outcome for Aruba and the US CBP.