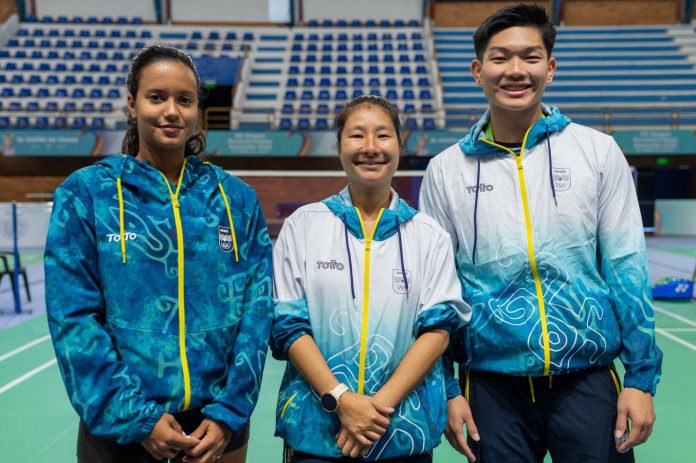 The Aruba badminton selection competed at the XII South American Games Asunción 2022 that is taking place between 1-15 October.

Leyenne Schairer competed at the Women Singles and won the first round against home country Paraguay in two sets. The second round was an exciting game against Guyana. The first set was lost with a very tight score, in the second set the opponent managed to win with a larger score advancement.

Mackie Lu competed at the Men Singles and won the first round against Bolivia with conviction. In the second round he lost against the third-seeded player from Peru. Together Leyenne and Mackie played the Mixed Doubles against Ecuador which they closely lost in three sets.

The Aruba Badminton Federation congratulates both Leyenne and Mackie for their results, for showing big progress in both technical and tactical performance since their debut last year at the Cali Valle 2021 Junior Pan American Games.

This was the second time that Aruba badminton participated at a continental multi-sport event.

The Aruba badminton selection consists of players that started in the selection only two years ago. This amazing development for Aruba Badminton has been made possible with the support of the Comite Olimpico Arubano, Badminton Pan America, the Regional Training Center in Eindhoven and our local training program in Aruba.

A variety of summer vacation activities organized by the National Library

Attractions and Sightseeing locations in Aruba