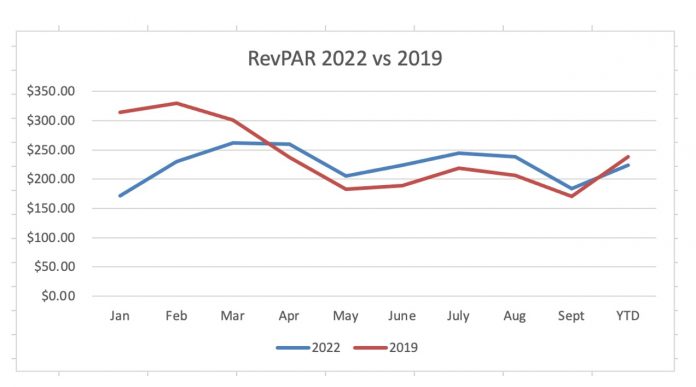 Aruba Hotel & Tourism Association (AHATA) compiles the figures of hotel price and occupancy every month. CEO of AHATA, Tisa LaSorte reports that the figures for occupation fell back during the month of September, but the value trajectory for each room remains positive. The average hotel occupation and RevPAR for the first 9 months of 2022 still have not reached the levels of 2019.

Average of the first nine months of 2022

Projection
A recovery of 97 percent is projected for the month of October, and the expectations for the entirety of 2022 is a recovery of 90 percent compared to 2019.

Timeshare:
Occupation in Timeshare properties was 82 percent in September.

Expansion of wind mill park is fundamental for developing the country...