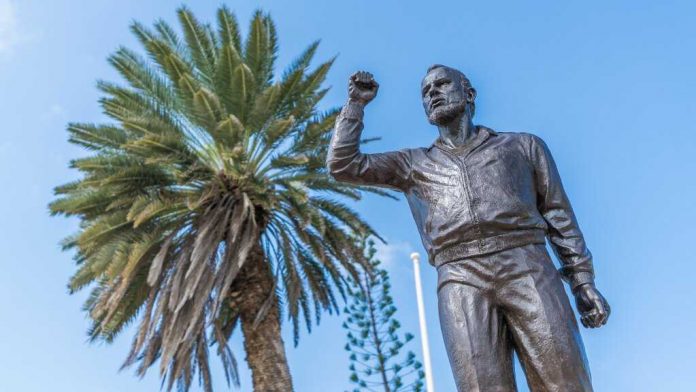 Aruba’s rich, multicultural past is reflected in our cuisine, architecture, artwork, traditions, and warm, friendly people. What began as a fishing outpost for Amerindians has changed hands between the Spanish and Dutch throughout the centuries, and is now a diverse constituent country of the Kingdom of the Netherlands.

The first known inhabitants of the island of Aruba were the Caiquetio Indians of the Arawak tribe from Venezuela. During the Pre-Ceramic period, 2500 BC – 1000 AD, this seminomadic tribe fished, hunted, and gathered food, depending mostly on the sea for survival. They created tools out of roughly flaked stones and shells, and lived in small family groups in the coastal areas known today as Malmok and Palm Beach.

In the beginning of the Ceramic period, 1000 – 1515 AD, these Indians established five large villages and started producing corn and yucca. Scaled-down versions of two of these Amerindian villages, as well as a representation of an Amerindian dwelling, can be seen at the Archaeological Museum of Aruba. The museum also houses the remains of ceramic urns, coarse pottery, and jewelry made by the Caquetios, with some of the artifact fragments dating back to 1000 AD.

Rock drawings and carvings created by the Caquetios have withstood the test of time, and you can see them for yourself at Fontein Cave in Arikok National Park and at the Ayo Rock Formation. These paintings suggest that the Caquetio Indians may have come to the island after fleeing attacks from the Carib Indians, who are indigenous to the northern part of South America. The Caquetio Indians were still on the island when it was discovered by Spanish explorers.

In 1499, Spanish explorer Alonso de Ojeda discovered Aruba, kicking off the colonization of the island by the Spanish. Due to the relatively low rainfall on the island, the colonizers did not believe that Aruba was a good place for plantations or crop growing. In 1513, the Spaniards enslaved many of the Caquetio Indians and sent them to Hispaniola to work on plantations and in mines. Some Indians returned to Aruba in 1515 and were recruited as laborers for cattle and horse breeding operations. Approximately nine years after Alonso de Ojeda landed on Aruba, the Spanish Crown appointed him as the first governor of the island. Aruba stayed under Spanish control for 137 years.

Because of Aruba’s strategic location, the Dutch occupied the island in 1636 in order to protect their salt supply from the South American mainland while also ensuring a naval base in the Caribbean during their Eighty Years’ War with Spain. The Dutch recruited the Caquetio people to build farms and raise cattle for meat that would be sold and shipped to other islands. During the Napoleonic Wars, the British invaded and took control of Aruba, but the Netherlands took it back in 1816. Aruba officially became part of the Netherlands Antilles in 1845.

Aruba seceded from the Netherlands Antilles in 1986, a victory much fought for by political activist and local hero Betico Croes. In this process of “Status Aparte,” Aruba obtained a separate status as an autonomous country in the Kingdom of the Netherlands. Initially, the plan for Aruba was to become fully independent. However, in 1990, Aruba decided to indefinitely postpone this plan, and in 1995, the petition for full independence was completely repealed.