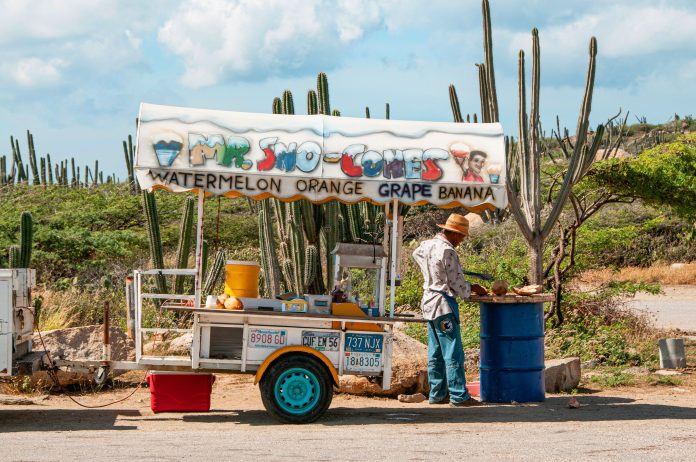 The United Nations World Tourism Organization declared September 27th as International Tourism Day with this year’s theme: ‘Tourism and Jobs — A Better Future for All’. A better theme could not have been picked for Aruba. Tourism is our main economic pillar, and its no. # 1 source of household income.

In relation to this day, the Aruba Tourism Authority (A.T.A) organizes a conference and invites students from the university and vocational schools and will pay visits to secondary schools. This all in line with the goal of United Nations to educate the public on the importance of the tourism industry, to mobilize political will and resources to address global problems, and to celebrate and reinforce achievements of the people working in tourism.

About three quarters of the Aruban gross national product is earned through tourism and related activities .Most tourists are from North-America, with a market-share of 73.3%, which is followed by Latin America with 15.2% and Europe with 8.3%. In the course of 2018, Aruba welcomed a total of 1,082,003 stay-over visitors.

Global Growth.
According to the website of United Nations over the past six decades, tourism has experienced continued expansion and diversification, and it has become one of the fastest growing and most important economic sectors in the world, benefiting destinations and communities worldwide. International tourist arrivals worldwide have grown from 25 million in 1950 to nearly 1.3 billion today. Similarly, international tourism revenues earned by destinations around the world have grown from 2 billion US dollars in 1950 to 1260 trillion in 2015. The sector represents an estimated 10% of the world’s GDP and 1 in 10 jobs globally. The UN World Tourism Organization (UNWTO) expects that tourism will continue to grow at an average of 3% annually until 2030. This growth reflects the progressive expansion of access to tourism thanks to the decline in the price of transport, especially air transport, and growing middle classes worldwide. The recognition of the right to holidays in the Universal Declaration of Human Rights, and the improved adoption of labor rights in many countries, have also supported the coming of age of tourism. These factors also serve as a backdrop for the resilience shown by tourism in recent years. The sector has experienced almost uninterrupted growth despite challenges such as the global economic crisis, natural disasters and pandemics. (Source: https://www.un.org/en/events/tourismday/).

Pressure Points.
With a high percentage of the island’s population depending on tourism for their income, locals express a high appreciation towards Aruba’s visitors resulting in great feedback from tourists regarding our service and offerings. However, it is inevitable that some challenges that come with the amount of people added to the local population that together with a need for new utilities, infrastructure, food and housing. In social media, discussions are trending – among others – about the negative effects on nature caused by the use of ATV’s by our tourists. Employers in the industry complain about the lack of employees, and tourists mention the increase in construction of new resorts and condominiums. They wish for the island to keep the unique assets like the quietness, safety and top service to which they’ve grown accustomed. There is no denying, in fact, that pressure points do exist, but discussions are healthy way to address the government in order to preserve the island’s values. A.T.A. has set up a special program named ‘My Promise to Aruba’ which stimulates locals, as well as visitors to take care of Aruba’s environment and culture to help preserve the island for future generations. The program contains rules for behavior and information to educate how to make sure Aruba remains a Dushi Island. q