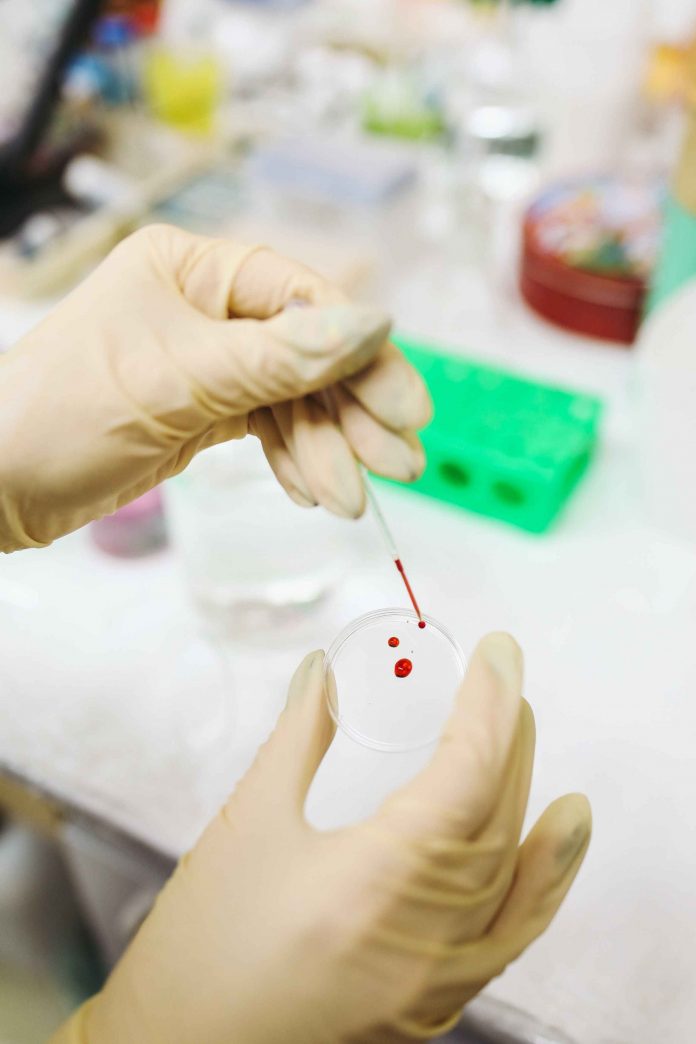 Interestingly, there are no quotations on “weak blood”, as in not enough red blood cells, also known as anemia. One of the more common blood disorders, anemia, occurs when the number of healthy red blood cells decreases in the body. The disc-shaped red blood cells contain hemoglobin, a unique molecule that carries oxygen to the body’s tissues. The most common sign of anemia is mild paleness of the skin, along with decreased pinkness of the lips, the lining of the eyelids, and the nail beds. Other common signs of anemia may include: irritability, fatigue, dizziness, lightheadedness, and a rapid heartbeat. Depending on the condition causing the anemia, other signs and symptoms may occur, such as jaundice (yellow-tinged skin), dark tea-colored urine, easy bruising or bleeding, and enlargement of the spleen or liver.

Unfortunately, many doctors don’t discover anemia until they run blood tests as part of a routine physical examination. A complete blood count may indicate that there are fewer red blood cells than normal. Other diagnostic tests may include a blood smear which can sometimes indicate the cause of the anemia. When your blood tests indicate that the total serum iron and ferritin levels, which help determine whether your anemia is due to iron deficiency is on the low side, most doctors will prescribe iron supplementation. This is a mistake that only gives you constipation.

Regrettably, many doctors do not appreciate that your blood has a narrow range of iron that it can use to help produce red blood cells. Correctly, a lack of iron can cause anemia. Similarly, too much iron also causes what looks like anemia. The immediate reaction of doctors to prescribe iron can be dangerous! Hemoglobin is not iron! Unfortunately, physicians prescribe iron to anemic people who test with low hemoglobin.  Yes, the patients are anemic, but the iron can be collecting in storage instead of going into hemoglobin.  These people are iron-overloaded. Many African decedents have this condition. They need iron removed despite the anemia. The anemia should be treated with B vitamins, especially B12, B6 and folic acid.  However, B vitamins should always be taken as a complete B complex, with specific B vitamins added on an individual basis by a trained Clinical Nutritionist. Blood banks especially seem to believe that hemoglobin and iron are the same.  They have prepared lists of high iron foods to give out to donors with low hemoglobin. They invariably tell these people:  “Your iron is low.”

Many of our grass- roots clinic patients who are anemic have type A blood. People with type A blood have a deficiency in stomach acid that prevents them from absorbing the iron from their food. The other nutritional disaster is milk products. Milk does no body good, but for the vast majority of the world’s people it is a public health disaster. No other animal drinks cow’s milk, not even calves once they are weaned. The late Dr. Benjamin Spock, the U.S.’s leading authority on child care, spoke out against feeding “cow’s glue” to children, saying it can cause anemia, allergies, and diabetes and in the long term, will set kids up for obesity and heart disease, the number one cause of death of children in the United States.

Countless Arubans and Americans can trace our family tree to Portuguese, Spanish, Italian and Greek roots. Many decedents from Mediterranean countries have inherited Glucose-6-phosphate dehydrogenase (G6PD) deficiency. The red blood cells of people with this condition either do not make enough of the enzyme G6PD or the enzyme that is produced is abnormal and does not work well. When someone born with the deficiency has an infection, takes any sulfa medicine, is exposed to the smell of camphor, or eats fava beans the body’s red blood cells suffer extra stress. Without adequate G6PD to protect them, many red blood cells are destroyed prematurely. Iron supplementation will not help; it hurts by stressing the red blood cells more. There is a simple blood test to check if you have this many times, undetected condition.

Get The Point! I have four close friends that I would choose over my siblings in a heartbeat. There is a Venezuelan proverb that says “Blood is inherited and virtue is acquired”. The blood type A, or those of you who have inherited iron overload or G6PD deficiency can acquire the virtue of health by learning how to be your best doctor. If you have been diagnosed with “weak blood” do not settle for iron supplements, it could be killing you faster. Come in for a consultation to find the root cause of your anemia.