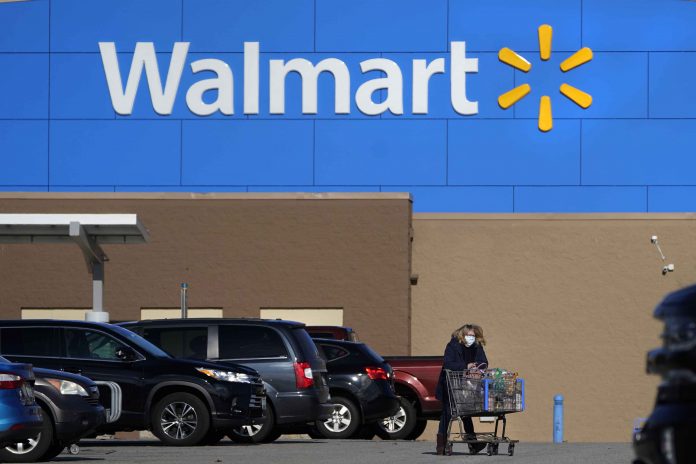 Shoppers on Walmart.com who pay a $98-a-year membership fee will get free shipping on orders of any size starting Friday.

Walmart announced the membership perk on Wednesday, doing away with a previous requirement that orders amount to at least $35 to qualify for free shipping.

The perk comes two months after Walmart launched its membership service called Walmart+, which it hopes will compete with Amazon’s Prime membership program.

Walmart+ members will receive free next-day and two-day shipping on non-perishable items shipped by Walmart, no matter the purchase amount. The move builds on the retailer’s pledge to continue adding benefits to its membership program, which also includes unlimited free grocery deliveries and fuel discounts.

However, delivery directly from Walmart’s brick-and-mortar stores on basic items like fresh groceries will still carry a $35 minimum and can come as soon as the same day.

Walmart, based in Bentonville, Arkansas, has a ways to go to catch up with Amazon Prime. Launched in 2005, Prime has more than 150 million members worldwide who pay $119 a year, or $12.99 a month, for faster shipping and other perks, such as discounts at Amazon’s Whole Foods supermarkets.

Janey Whiteside, Walmart’s chief customer officer, declined to provide a membership number for Walmart+, but said that removing the $35 threshold was something customers wanted.

“The pandemic hasn’t gone away, ” Whiteside told The Associated Press. “And we felt it was the right time to do it. ”

Walmart’s online sales are soaring as more people have turned to the company to order groceries online and pick them up at a store as a way to stay safe during the pandemic. But the world’s biggest retailer is still a distant second online to Amazon.

Walmart should take 6% of all online sales in the U.S. this year, compared to Amazon’s 38%, according to market research firm eMarketer.

How guests can honor their budgets in peak wedding season

How to avoid ‘rug pulls,’ the latest cryptocurrency scam

What really matters with your first credit card