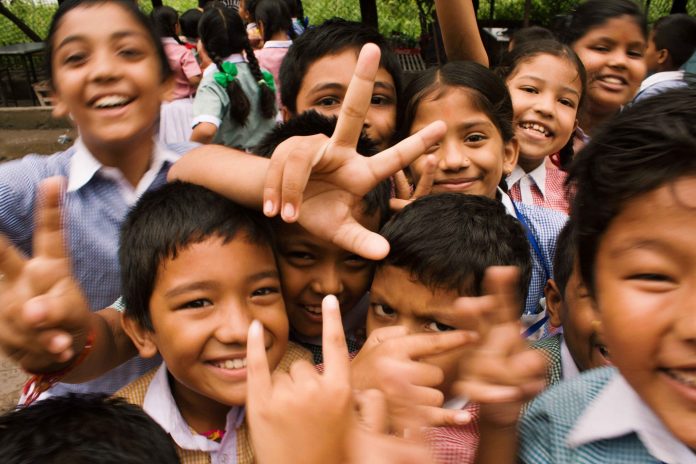 A new GEM Regional report in partnership with SUMMA shows that COVID-19 has increased education divides in Latin America and the Caribbean, which was already the most unequal region in the world before the pandemic began. Although the report acknowledges the efforts made by countries to continue distance learning programmes, it points to the need to develop urgent measures to reach those left behind. Its recommendations show steps policy makers most prioritise in their response plans so that the education emergency does not turn into a disaster.

The Report, Todos y todas sin excepción, produced by the Global Education Monitoring (GEM) Report and the Regional Bureau for Education in Latin America and the Caribbean (OREALC/UNESCO Santiago), along with the Laboratory of Education, Research and Innovation in Latin America and the Caribbean (SUMMA) shows that, prior to the pandemic, in 21 countries, children from the richest households were five times as likely as the poorest to complete upper secondary school.

Learning outcomes were low before COVID-19. Only half of 15-year-olds achieved minimum proficiency in reading.  In Guatemala and Panama, barely 10 disadvantaged 15-year-old students master basic mathematics skills for every 100 of their better-off peers. Indigenous people and Afro-descendants also have lower attainment and literacy rates.

In grade 3, students who do not speak the language of the test are less likely to reach a minimum level of proficiency in reading. The probability of Afro-descendants completing secondary education was 14% lower than that of non-Afro-descendants in Peru and 24% lower in Uruguay in 2015. Adolescents with disabilities were on average 10 percentage points less likely to attend school than their peers.

According to Javier González, Director at SUMMA: “The education systems in the region are not only characterized by low quality, but also by high levels of inequality and social exclusion. This problem has been exacerbated by the pandemic. For this reason, we must urgently invest and reform our education systems to develop their capacity to adapt to the particular needs of their students and territories, recognizing, valuing and building on diversity, as an essential and constitutive element of educational quality”.

The report includes a set of key recommendations for the next decade, which will help countries achieve the objectives of the 2030 Agenda and calls for schools to be more inclusive, which many still are not.  A survey of 10% of schools in Jamaica showed only 24% had ramps and 11% had accessible bathrooms. Bullying urgently needs to be addressed: LGBTI youth in seven countries being heavily victimized were at least two times as likely to miss school.

Manos Antoninis, Director of the GEM Report, said: “Now more than ever Latin American societies need to come together as a society and build bridges. What all of us think and uphold matters. Everyday discrimination against migrants, backlashes against progress for gender equality, identity and expression, and false beliefs about the ceiling of potential for people with disabilities end up reflected in education systems. Change is urgently needed, but it won’t happen unless we all sign up.”

Better data is needed on those left behind. In the Caribbean, only 4 of 21 countries have had a publicly available household survey since 2015 to disaggregate education indicators by individual characteristics. The Dominican Republic was the only country in the Caribbean to participate in a cross-national learning assessment in the same period.

Training teachers to teach inclusively is also critical. In Brazil, Colombia and Mexico over half of teachers reported a high need for training on teaching students with special needs. Claudia Uribe, Director of OREALC/UNESCO Santiago said: “There is the expectation that teachers have strategies to compensate for these disadvantages, but it is difficult to do so if they do not have the tools and training to do so. Two-thirds of countries say they will train teachers on inclusion in the region, but data indicates that this is not yet the case in practice. Our Report urges countries to pay greater attention to this”.

Curricula and textbooks must represent all groups are fairly, and respectfully. Textbooks in various countries tend to present indigenous peoples in stereotyped images and situations, when they are represented at all. Educational support is often not provided in the home language, affecting children from indigenous communities, children and young people of Haitian origin who have migrated to Spanish or English-speaking countries, and children whose mother tongue is different from the official language of the school, as is typically the case in Caribbean countries. In Suriname, for example, only 4% of children in Sipaliwini district speak the language of instruction, Dutch, at home.

The Report shows that the region is often an example of strong laws and policies that express a will for change, but calls for these to be more adequately implemented. The analysis of the PEER educational profiles of each country in the world from the GEM Report on Inclusion shows that 10 of the 19 countries in the world that adopt inclusion for all in their educational laws are in Latin America and the Caribbean. However, although the laws in only 42% of the countries in the region provide for the education of persons with disabilities in separate settings, not many ordinary primary schools serve students with disabilities. In Nicaragua, for example, a third of the approximately 10,000 students with disabilities studied in special schools in 2019. In countries such as Trinidad and Tobago, among others, regulations have not yet been established to guarantee the right to education of refugee boys and girls and migrants from Venezuela, which has led national and international civil society actors to work together to meet their needs.

The Report has ten recommendations in total, backed up with evidence based examples from across the region and invites countries to take them into account in their plans for action in the decade for action until 2030 and to prevent education progress backsliding as a result of COVID-19. For more information go to website: https://en.unesco.org/fieldoffice/santiago.