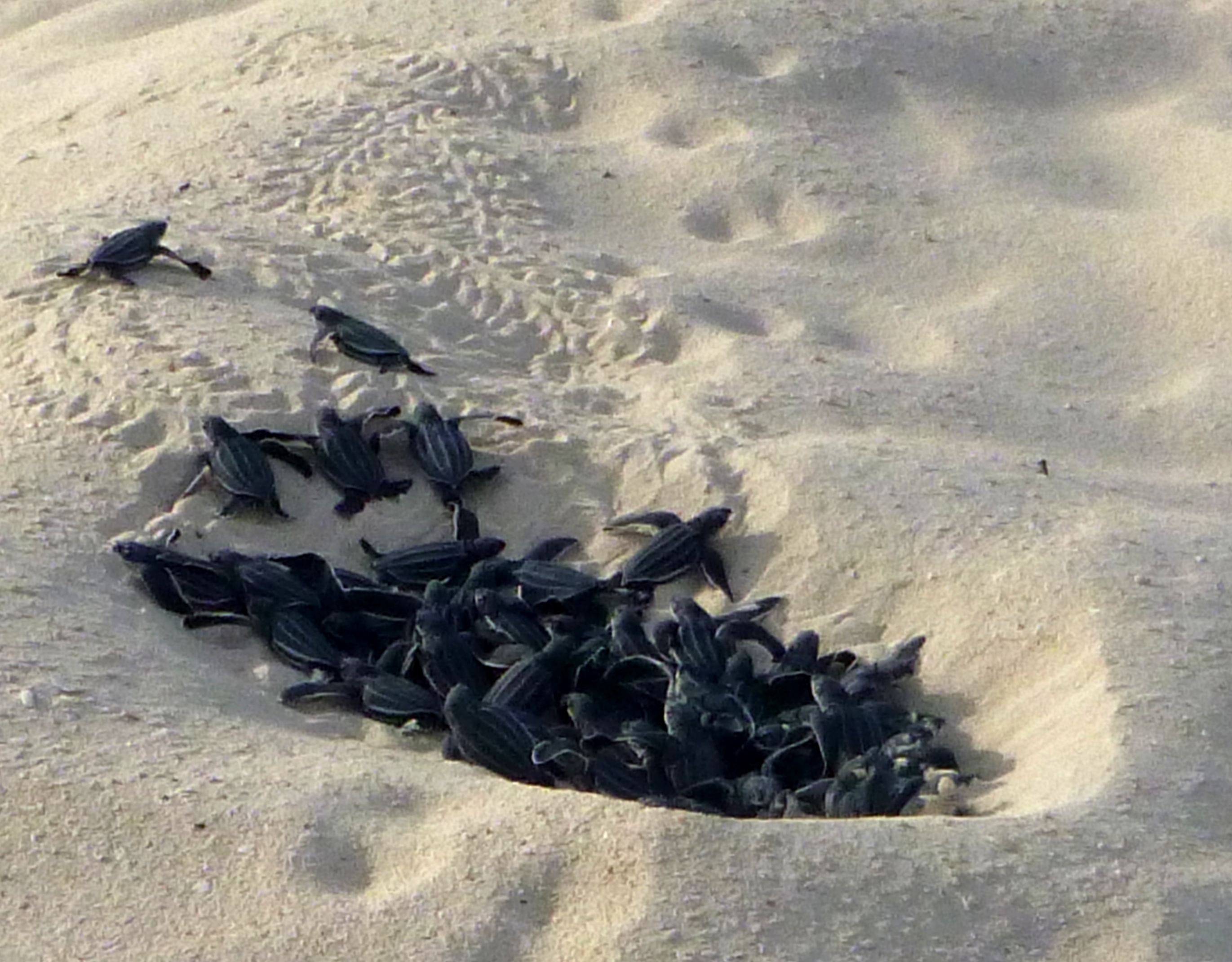 ORANJESTAD ― Turtugaruba was founded on September 3rd,2003 by a group of enthusiastic volunteers. Ten years earlier, in 1993, a Sea Turtle Recovery Action Plan (STRAP) was introduced in Aruba and the rest of the Caribbean as an initiative of the United Nations Environment Program (UNEP).

Tom Barmes, who was working at DLVV (Deptartment of Agriculture, Husbandry and Fishery) was one of the writers of the STRAP for Aruba, together with Karen Eckert, director of WIDECAST (Wider Caribbean Sea Turtle Conservation Network). This is how sea turtle conservation started on the island following a plan that is still complied with today. There also came a better understanding and overview of the biggest threats to the sea turtles existence in Aruba and how these problems should be tackled. Despite hard work, all those years, most problems have not really gone away, but luckily and thanks to the enormous efforts from the volunteers, the sea turtles are still here. On Aruba the sea turtles are threatened with extinction by pollution, driving on dunes and beaches with quads and 4×4’s and the loss of nesting beaches due to coastal development on behalf of tourism. They crawl towards artificial light sources (like streetlights, hotel lights, etc.) and then they don’t find the sea. In the 90’s it was still a common occurrence to find a complete nest of about 70 hatchlings on the streets, dead, as cars drove over them. Thanks to their protection methods and a lot of time and effort, the volunteers of Turtugaruba have managed to get this under control. But for a sustainable solution there must be less light visible on the beaches and a strict regulation of it.

Sea turtles simply need dark nesting beaches for their survival. It is clear that even more coastal development would not make the situation better for the sea turtles. Again, more hotel rooms? And even busier beaches? These are choices Aruba has to make. Do we want to leave a place for the sea turtles? Not only Aruba, but the entire world needs sea turtles! Sea turtles play a vital role in keeping our oceans healthy.

The Green Turtle, for example, keeps the sea grasses on the bottom of the sea short and therefore a healthy place for many fish to deposit their eggs. The Leatherback, the largest turtle of the world, eats mainly jellyfish and helps maintain the balance between jellyfish and plankton. Despite the threats that exist on Aruba, the turtles still keep coming. That’s why today Turtugaruba is especially proud of the volunteers and the many people and organizations of our community that carry a warm place in their hearts for the sea turtles.

We want to celebrate this later in the year, but at this moment the sea turtles need us more. All four species are active now, which means all hands on deck in the field for us, the volunteers. We strive to keep the sea turtles, our oldest ‘repeat guests’, always coming back to Aruba and get the chance to reproduce here.