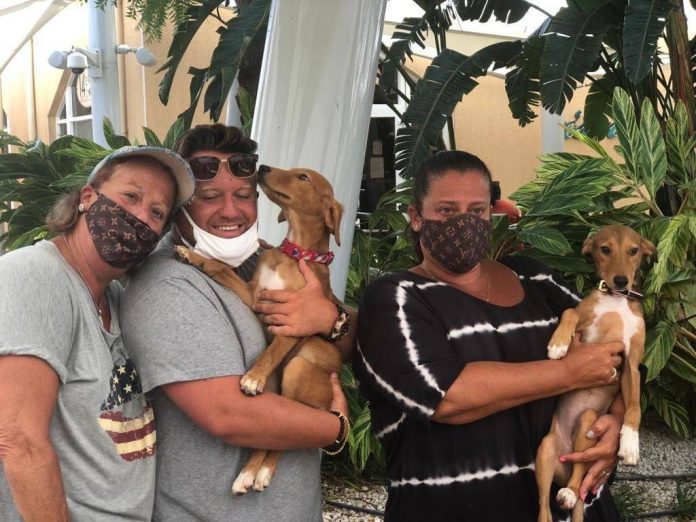 Lois Landau Leeds from New Jersey, U.S. started helping the animal rescue organization New Life for Paws in 2015 and has transported more than 20 puppies to the U.S. and fostered many. After spending her vacation in July this year she took three Aruban puppies back to the United States to bring them to their adoption families.

Leeds is a loyal visitor on our island for over 30 years. “Here on the island many animals are treated very badly and most visitors do not see this while going to their fancy dinners and out shopping at Louis Vuitton or other upscale stores. My wish is to create awareness for the animal foundations on the island. Rescue is a top priority with me, the goal is to have visitors help out, spend the morning or afternoon with one of the organizations. The puppies need you.” She drives puppies to their new homes in the U.S. or fosters them herself, pays for the puppy’s airline ticket and assists in many more ways.

“The three puppies we took home now are all adopted. They are almost four months old. In the picture we see puppy Walter who was fostered for four days by this amazing couple before he went to his adoption family. These dogs are amazing, they learn quickly and when they fly they are already microchipped and had their first groups of shots.”

The Ritz-Carlton, Aruba prepares for the ‘new normal’