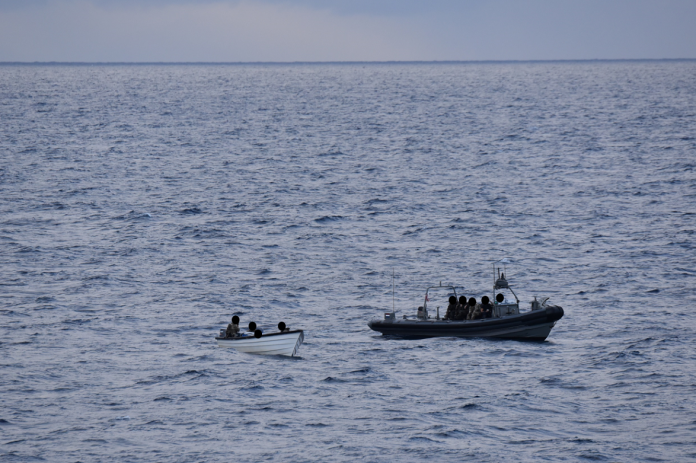 The Royal Dutch Navy this year has summed up on her name a record quantity of intercepted drugs in the Dutch Caribbean Region. That happened in collaboration with international partners. Zr.Ms. Holland encountered 4 transports in recent weeks, good for almost 3,000 kilos of cocaine. This brings the total to almost 35,000 kilos of intercepted contraband in 2022.

In recent captures, a go-fast was again and again detected by the maritime patrol aircraft of the Coastguard Dutch Caribbean Region. For this a helicopter of the USA Coastguard and the rapid FRISC- powerboats were deployed. These managed to bring the drug transportations to a stop.

The suspects were arrested on the pot. They were handed over to the American authorities for persecution in the United States of America. The intercepted quantity of drugs in the meantime have been b=destroyed.

Zr.Ms. Holland during the period of 2 months has already been able to intercept almost 10.000 kilograms of drugs. Zr.Ms. Friesland managed to prevent almost 4,000 kilos from reaching the market and Zr.Ms. Groningen was good for capturing a total of more than 21.000 kilograms.