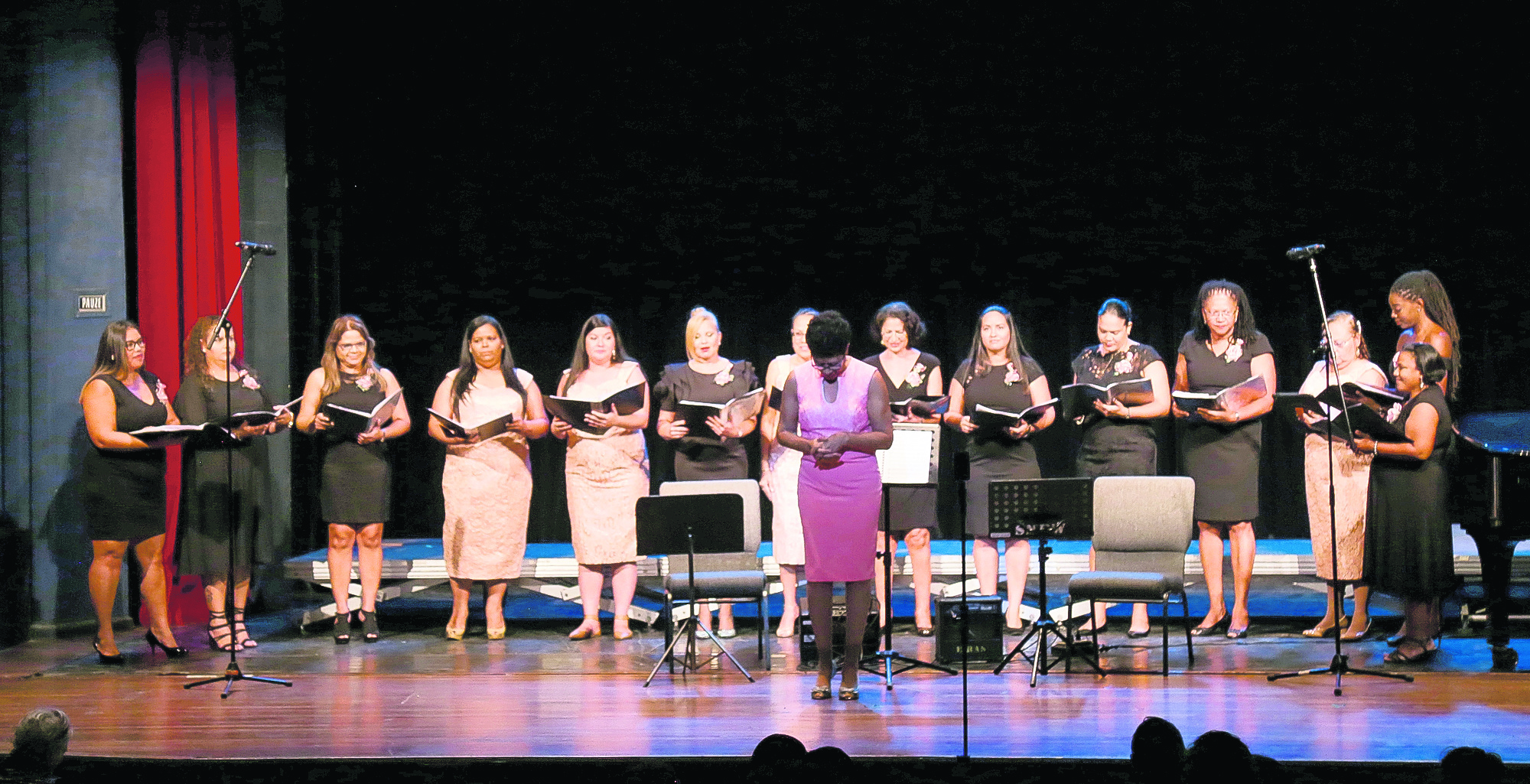 ORANJESTAD ― Saturday night Aruba Symphony Festival 20018 had its long-awaited inaugural concert at the Cas di Cultura with two local choirs, Cantare and Ars Nova, and the internationally renowned Piano Trio Reverón. The program was indeed varied. Cantare consists of only women while Ars Nova has tenors and basses. They sang classical numbers of different eras, different genres, different parts of the world, including songs by Aruba composers Padú del Caribe and Rufo Wever. Some were interpreted a capella, others were accompanied by piano, guitar and or cuatro.

Although both choirs were short of singers who were on vacation, the director, Cuban born Mayra Kock-Garrido had a successful evening by having members of one choir sing with the other as the need emerged. Mozart’s Ave Verum moved many in the audience and Rufo Wever’s Pan Cayente received a deafening applause. An amateur piano player commented to me: “Ana Maria’s piano spoke sweetly in all languages”. Piano Trio Reverón indeed earned the standing ovation and curtain call it received from a very impassioned audience. Sunday morning eight students competed in the Cas di Cultura for the “Clyde Harms” scholarship that the Aruba Symphony Festival presents to the winner every year. The prize includes, among others, free participation and the chance to play solo in a concert the following year.

Beginning with the violinist Yuko Tanaka who came all the way from the other side of our planet, Japan, and ending with the violinist Ronald Villabono, from our own hemisphere, all the competitors impressed the public with their high level of dexterity with which they played their musical instruments. Daniela Perez a 13 year old violinist from Venezuela who played two pieces by J. S. Bach captured the hearts of all of us present. The American cellist Calvin Armstrong masterly interpreted a piece from Sonata for Cello solo No. 8 by the Hungarian musicologist Zoltan Kodaly, a number that’s difficult to play, lacks melody yet very interesting to listen to. I don’t envy the members of the jury that has to select a winner who will be announced during the closing concert July 29th at Cas di Cultura.

Tonight the Aruba Symphony Festival will continue in the Ritz-Carlton Ballroom with a very varied program starting with a tango by Piazzola and ending with music by Schubert. The masters will play different instruments solo, in trio or quintet. Among the instruments featured are the bassoon, flute, clarinet, cello, violin and others. This is an opportunity that no one should pass up. Admission is free, thanks to a generous gesture by Mrs. Louella Brezovar – van Veen, director of the prestigious hotel. See you tonight at 8 at the Ritz-Carlton Ballroom.