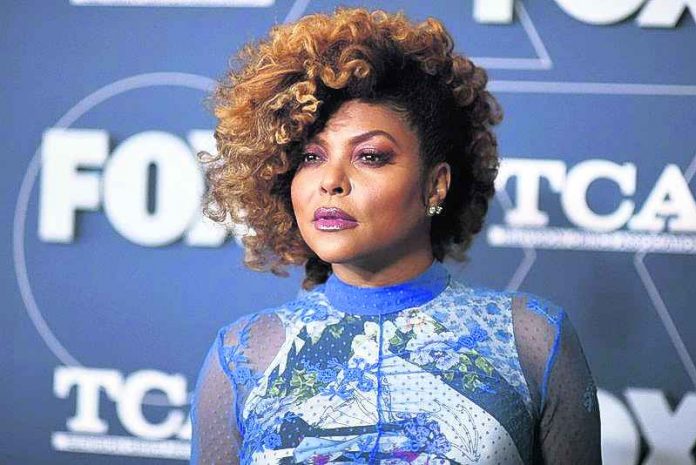 Taraji P. Henson remembered wearing her favorite outfit to a music festival where some of the biggest New Jack Swing tunes were being performed from Bell Biv Devoe’s “Poison” to Tony! Toni! Tone!’s “Feels Good.”

At the time, Henson had no clue about the backstory behind the music era, which made its mark in the ’80s and ’90s. But now, the Oscar-nominated actor has a clearer view as the host of the new podcast series “Jacked: Rise of the New Jack Sound,” which premiered this week on Apple Podcasts, Spotify and the Wondery App.

“I was too busy living it to know exactly what was happening. I was enjoying the music,” said Henson, who serves as a producer of the six-part series, which airs Tuesdays. The series examines the “rise and eventual fall” of the New Jack Swing movement.

“This podcast was very informative,” she said. “Things I did not know make sense now. Looking back in retrospect, like how the executives were actually street dudes, they were mixing business with the street. I wasn’t really paying attention to that back then, but that’s what was happening.”

“Jacked” delves into the complex relationships between a group of teenagers from Harlem who created the musical sound. It features narration from Henson along with dozens of interviews — including band members and managers — and music from Universal Music Group’s catalog.

Megaproducer Teddy Riley is known as the leader of the New Jack Swing era and the musical mastermind behind popular bands such as Guy and Blackstreet. The musical style was a fusion of hip-hop, R&B, jazz and funk.

Some of the popular songs from the era included Bobby Brown’s “My Prerogative,” Wreckx-N-Effect’s “Rump Shaker,” Guy’s “Groove Me” and “I Want Her” by Keith Sweat.

One of the most decorated albums released during the era was Michael Jackson’s 1991 “Dangerous,” a project co-produced by Riley that sold tens of millions worldwide.

Henson said she signed on to host “Jacked” because it was a “nostalgic time that I wanted to relive.”

“It was a good time in music,” she said. “With Teddy Riley, and Guy what they did. Michael Jackson. … C’mon, everybody wanted to work with Teddy Riley. Everybody. I remember those days. I remember it like it was yesterday.”

The podcast series is the first project between Wondery and Universal Music Group since both announced their partnership last year.

Journalists Andy Hermann and Rico Gagliano were brought on to write the story. Both started about a year ago, spending countless hours researching before conducting interviews and developing a script.

“It was really surprising to learn about the background of a lot of these guys who were creating this music,” Hermann said. “There was a real struggle that a lot of them went through growing up and coming out of Harlem in the ’80s during the height of the crack epidemic. That had an impact on the music, which I thought was super interesting. It was something I really didn’t think about prior to working on this series.”

Gagliano praised Henson’s bringing their words to life. He and Hermann were not personally with Henson in the recording booth because of the coronavirus pandemic, but both agreed she did a stellar job.

“She knocked it out the park every time,” Gagliano said. “I didn’t think of her as an audio actress, but she’s just great at it.”

Through the podcast, Henson wants the New Jack Swing story to be turned into a film.

“I hope this podcast is a steppingstone to getting their story out to the masses,” she said. “I believe it’s that important. I signed on to bring the story to life.”

Mariah Carey, Neptunes to get in Songwriters Hall of Fame