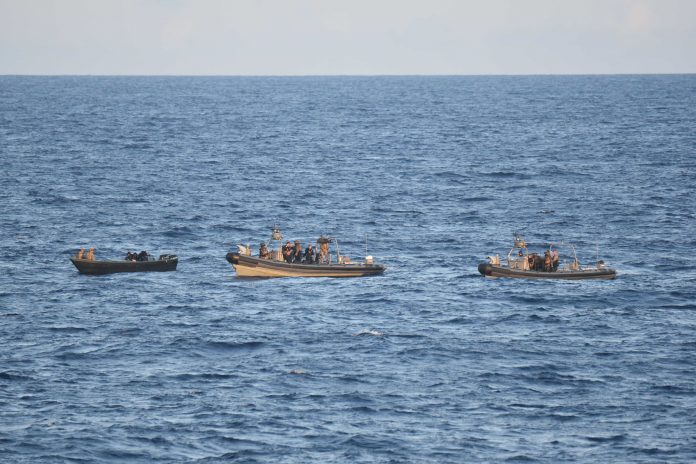 The Dutch Marine ship Zr.Ms. Holland during her first operational weeks has intercepted two drug transports in the Caribbean Sea.

The first so-called go-fast was discovered by an American Maritime patrol airplane, after which the Zr.Ms. Holland came into action. With the embarked US Coast Guard helicopter and the fast FRISC-interceptions vessels, the go-fast was persecuted. The first go-fast had approximately 500 kilograms drugs contraband on board. The second intercepted drugs transportation was 400 kilograms contraband cocaine. All packages were confiscated and the suspect smugglers, who were on board of the go-fasts, were arrested.

The suspects as well as the contraband at a later moment were transferred to the cutter of the American Coastguard, for persecution in the United States. A total of approximately 900 kilograms drugs were confiscated.

Zr.Ms. Holland since October 2022 is active in the Caribbean Region as patrol vessel, and alternates counter drug operations with support to the Coast Guard Dutch Caribbean Region.

The Challenges of Life