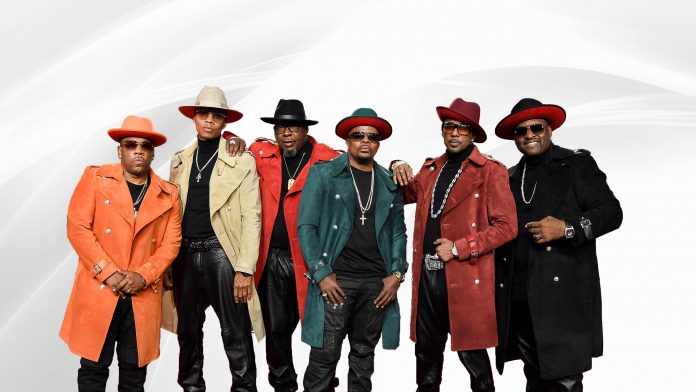 Comedy Night and Live Music Performances by an Array of Artists 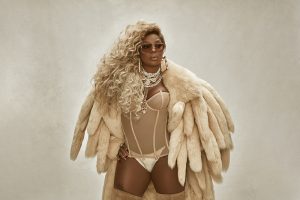 “We are thrilled to be kicking off the Soul Beach Musical Festival for its 20th Anniversary this year,” said Ronella Croes, CEO of Aruba Tourism Authority (ATA). “The One happy island is buzzing with energy as we welcome back fans from around the world to see the star-studded lineup. Aruba is the perfect destination for the festival as we boast one of the world’s top beaches, friendly and vibrant culture, and stunning sunsets you can’t enjoy anywhere else.”

When wanderlust calls, Aruba answers. A cultural crossroad of breathtaking beauty and unrivaled hospitality, Aruba’s timeless charm is a sunshine daydream where luxury meets nature. Thousands of travelers are set to embark upon the adventure-ready happy island featuring sophisticated shopping escapades, savory culinary indulgences, aquatic excursions, art galleries, and nonstop festivities. Every vacationer will be greeted by masterfully blended and well-designed accommodations and invited to experience the uniquely refined amenities. Aruba is a destination that recharges and inspires, offering anything but ordinary. Why wait for next when you can have now! Coupled with Soul Beach Music Festival’s jammed-packed events, a supernova entertainment line-up, and Aruba’s magnetic epicenter, there is no other place than #SBMF22 to elevate the soul on Memorial Day weekend.

“I’m so excited to finally return for the 20th edition of Soul Beach. We are truly grateful for the support and partnership with the Aruba Tourism Authority and all the participating sponsors as well as the thousands of loyal Soul Beach attendees and esteemed artists. This year’s events will be filled with the spirit of rejuvenation and a celebration of life,” said Mark Adkins, CEO & Executive Producer of Soul Beach Festival Productions.

Mike Epps – Generating an extraordinary amount of buzz among his peers for being not only one of the funniest comic actors in town but also for his burgeoning dramatic talent, Mike Epps can be seen in the Netflix comedy “The UpShaws” in which he stars in and produces. The show is based on his life of growing up in Indiana and taken from his 2018 Harper Collins autobiography “Unsuccessful Thug.” In 2022 Epps’ sixth stand-up special premiered on Netflix. Indiana Mike aired globally and marks Epps’ third Netflix special.

Chase Anthony – Multifaceted American actor, comedian, Chase Anthony, made his acting debut as Tre in the feature film Holla II. He has put in notable appearances in the films Journey of a Goddess, Love & Trust and Hidden Treasure as well as television shows Grey’s Anatomy, Lethal Weapon, TheBkdwn, Deal With It, Netflix & Chill and starred in the web series A Whole New Irving, which won him the Best Male Performance from the International Academy of Web Television award. He has been seen in commercials for Honda, ESPN, and Taco Bell, among others. Currently, you can see Chase in a leading role on two seasons of the BET Network series Bigger, produced by Will Packer Productions.

Mary J. Blige – Sensational Grammy-Award-winning singer, songwriter, actress, producer, and philanthropist, Mary J. Blige is a figure of inspiration. Her presence center stage personifies a global super-star with a track record of eight multi-platinum albums, nine Grammy Awards (plus a staggering 32 nominations), two Academy Award nominations, two Golden Globe nominations, and a SAG nomination, among many other accolades. Blige’s release of Good Morning Gorgeous, the singer’s 14th studio album, is a force of reckoning and laced with golden lyrics. It’s been said, “the sheer strength and breadth of her voice is like comfort food.” Blige, an indispensable voice in the history of R&B and hip-hop and a 10-time Billboard Music Award winner, was presented with the Icon Award at the 2022 BBMAs.

Ari Lenox – In 2016 with the Pho EP and followed up in 2019 with her first album, Shea Butter Baby, Ari Lenox hit the Billboard 200 chart at number 104. Since then, she has issued a remix EP, appeared on numerous tracks as a featured artist, and scored one of her biggest hit singles with 2021’s “Pressure”. Like Lennox’s 2020 single, “Chocolate Pomegranate,” “Pressure” is a timeless soul-stirring groove with a catchy upbeat. Lenox embodies the lyrical truth serum that will rock the mind and sway the crowd with her heated performance on the main stage.

New Edition – Composed of members Ronnie DeVoe, Bobby Brown, Ricky Bell, Michael Bivins, Ralph Tresvant, and Johnny Gill, New Edition is a platinum, chart-topping, hitmaking teen pop group that evolved into a mature R&B vocal act and a cultural phenomenon. Wowing fans with their biggest hits, “Cool it Now”, “Candy Girl”, “Mr. Telephone Man”, “If It Isn’t Love”, and “Can You Stand the Rain” just to name a few along with their famous dance moves, this highly anticipated performance will be sure to set the stage on fire and keep the music playing in the hearts of concert-goers.

Kevin Ross – In 2017 Kevin released his long-awaited debut full-length album, The Awakening. The album’s first single, “Long Song Away” peaked at #1 on Billboard’s Adult R&B. Ross continues to make a significant mark on the contemporary music scene. Ross’ current project “Drive 2” debuted at #1 on iTunes R&B album chart with the lead single “Looking for Love” cracking the Top 10 on Billboard’s Adult R&B Radio Play chart. Ross is ready to go beyond expectation when he takes to the microphone and will light up the stage.

For information about #SBMF22, ticket sales, accommodations and the latest updates sign up for CLUB SOUL BEACH, by visiting http://www.soulbeach.com. With the regard to the guidelines set in place, all Soul Beach events will follow the Aruban government protocols for health and safety: read the Travel Requirements.

2021: what is expected? Aruba Food & Beverage Association urges for...