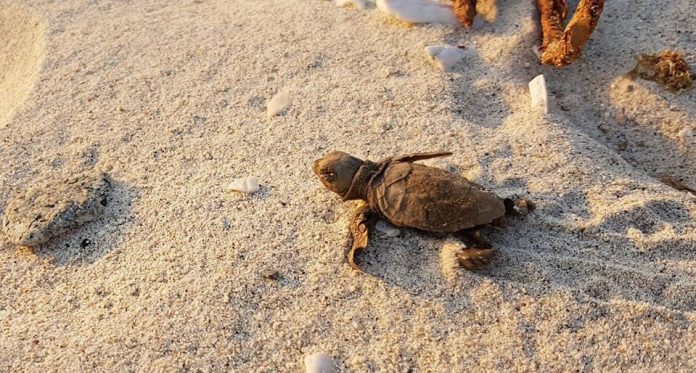 Turtugaruba was founded on September 3rd, 2003 by a group of enthusiastic volunteers. Ten years earlier, in 1993, a Sea Turtle Recovery Action Plan (STRAP) was introduced in Aruba and the rest of the Caribbean as an initiative of the United Nations Environment Program (UNEP). Tom Barmes, who was working at DLVV (Department of Agriculture, Husbandry and Fishery) was one of the writers of the STRAP for Aruba, together with Karen Eckert, director of WIDECAST (Wider Caribbean Sea Turtle Conservation Network). This is how sea turtle conservation started on the island following a plan that is still complied with today.

Sea turtles play a vital role in keeping our oceans healthy. The Green Turtle, for example, keeps the sea grasses on the bottom of the sea short and therefore a healthy place for many fish to deposit their eggs. The Leatherback, the largest turtle of the world, eats mainly jellyfish and helps maintain the balance between jellyfish and plankton. Despite the threats that exist on Aruba, the turtles still keep coming.

Turtugaruba Foundation reported that the first Hawksbill Sea Turtles have hatched 🐢. The nest was laid November 2019, resulting in an early hatching for 2020. Therefore it is of great importance to keeping our beaches clean throughout the year in order to help provide sea turtles with a clean nesting environment.