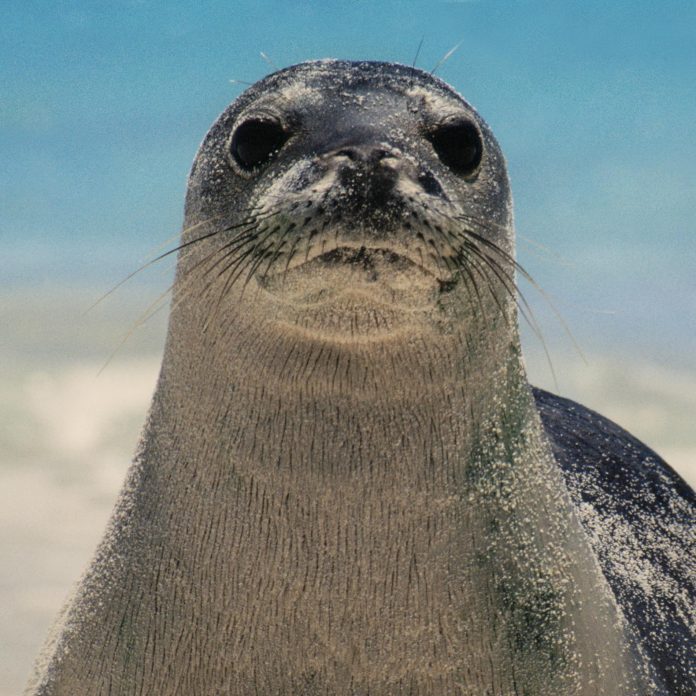 Photos posted on social media indicate the public has been getting too close to Hawaiian monk seals, a critically endangered species protected by federal and state law, government researchers said in a new study.

Only about 1,400 Hawaiian monk seals remain in the wild, with about 1,100 in the Northwestern Hawaii Islands and 300 in the main Hawaiian Islands. The animals rest when they lie on the beach after hunting for food in the ocean most of the day. Humans can disrupt their rest if they get too close to the seals to take photos of them or take selfies with the animals.

The National Oceanic and Atmospheric Administration recommends staying 50 feet (15 meters) from monk seals on a shoreline.

But researchers studying 2,392 posts uploaded to Instagram from October 2014 to September 2015 say about 22% showed people within 10 feet (3 meters) of a seal. The peer-reviewed study was published last week by the scientific journal PLOS One.

“That is way too close,” Mark Sullivan, NOAA researcher and co-author of the study, told the Honolulu Star-Advertiser. “Most of the time, it was the photographer, and we conservatively estimated they were within 10 feet.”

The study found that 18% of the posts showed a monk seal responding to some type of disturbance by looking, moving away, or mouthing or barking.

Still, a large majority, 82%, of the interactions with humans led to no response from the monk seals, according to the study.

Sullivan acknowledged social media’s downfalls for this type of study: Sometimes the posts can be altered, might be shared a week or a year later and do not offer as much accuracy as the trained network of volunteers who report on the status of the seals.

However, he concluded that social media platforms can be an effective tool for researchers to track the behavior and threats to the survival of seals, to help inform management decisions, as well as provide real-time data for population monitoring.

For example, researchers had been monitoring R329, a female monk seal who suffered from a shark bite to her face, but lost track of where she went for months. Then a social media post surfaced showing her swimming on Lanai, where few are sighted. NOAA was able to see that her wound was healing.q