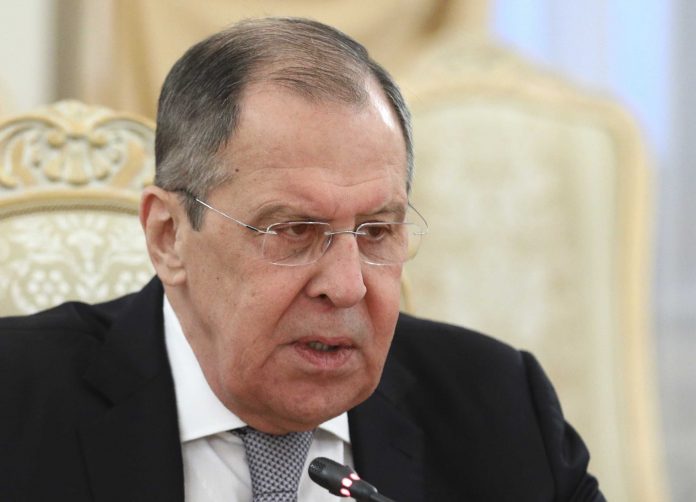 Russia’s foreign minister warned Tuesday that Moscow could freeze its contacts with the European Union in response to its sanctions over the poisoning of Russian opposition leader Alexei Navalny — an unprecedented threat that reflects a bitter Russia-EU strain.

The tough statement from Sergey Lavrov comes a day after the EU foreign ministers agreed to impose sanctions on Russian officials and organizations blamed for Navalny’s poisoning with a Soviet-era nerve agent.

“We probably simply have to temporarily stop talking to those people in the West who are responsible for foreign policy and don’t understand the need for mutually respectful dialogue,” Lavrov said at a foreign policy conference attended by experts in Moscow.

He specifically pointed at European Commission President Ursula von der Leyen’s recent statements ruling out a partnership with Russia, saying that scenario will play out if that’s what the EU wants.

“Russia wants to understand whether it’s possible to do any business with the EU in the current conditions,” Lavrov added.

At Monday’s meeting in Luxembourg, France and Germany urged their EU partners to freeze the assets of those suspected of involvement and ban them from traveling in Europe under sanctions to combat the use and spread of chemical weapons.

EU foreign policy chief Josep Borrell provided no details about who might face sanctions or when the measures might come into force, but said that technical work on preparing the action will now proceed.

Navalny, an anti-corruption investigator and the most visible opponent of President Vladimir Putin, fell ill on Aug. 20 during a domestic flight in Russia. He was flown to Germany for treatment two days later and is still recovering there.

Last week, tests conducted at labs designated by the Organization for the Prohibition of Chemical Weapons confirmed that the poison used on Navalny was a Novichok nerve agent. Navalny asserted that his poisoning only could have been ordered by spymasters who wouldn’t have made such decisions without Putin’s involvement

The Kremlin has rejected Navalny’s accusations as “absolutely groundless and unacceptable.”

The Kremlin also reiterated that before Navalny’s transfer to Charite Hospital in Berlin, Russian labs and a hospital in the Siberian city of Omsk found no sign of a poisoning. Moscow has called for Germany and the OPCW to provide its evidence, and bristled at Western leaders’ insistence that Russia answer questions about what happened to the politician.

New Zealand and France to call for an end to online...