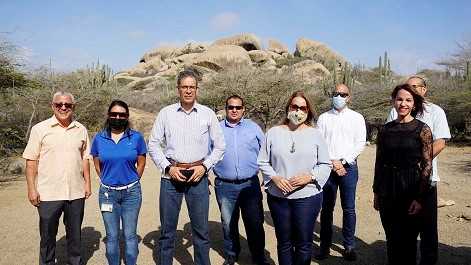 On Monday, May 31, 2021, the renovation of the Ayo Rock Formation was announced during a press conference.

The renovation works will once again make the Ayo Rock Formation an attraction location for tourists and locals alike. Last year, during the pandemic, the government decided to focus on the “Aruba’s Outdoor Amenity Economy” project, which includes new recreations and creative economic activities around Aruba’s natural, social and monumental heritage. A committee consisting of other ministries was formed and tasked with coming up with ideas and proposals.

These types of activities and outdoor developments are recommended today and are healthier for the community and visitors. The renovation of Ayo is the first of many. The Ayo Rock Formation is a geological and historical heritage that Aruba has to offer as a leisure and educational site for those interested in the history of the indigenous tribes that have walked these lands in the past.

Fase one, two, and three 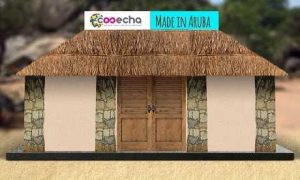 Phase two also includes the construction of the Art and Souvenir Gallery called “Cosecha-Made in Aruba”. This will be a showcase selling crafts, handmade souvenirs and locally made music exclusively. The idea is to give local craftsmen and artists a fair chance to sell their creations at each of the renovated heritage sites. Minister Xiomara Maduro’s team and the Culture Directorate will hold information sessions to encourage local artisans and all other interested parties to embark on a creative career. The creative possibilities with regard to the Ayo Rock Formation are limitless and so are the possibilities for any heritage site. 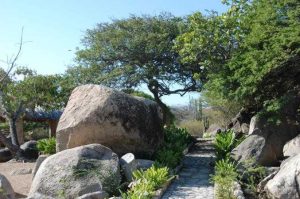 Phase 3 will include landscaping, more plants will be added and a botanical garden will be created with native plants. The Ayo Rock Formation will not only be a historical site, but also a botanical site that will enhance the petroglyphs on display in the cave at Ayo. According to Prime Minister Evelyn Wever-Croes, Ayo Park will become an attraction for tourists and locals alike. “Think about how our school children can visit the Ayo Park and learn about the indigenous history and about our nature. At the same time, it is expanding and establishing an artistic industry for Aruba as tourists buy Aruba-made souvenirs and give locals more locations where they can buy Aruba-made products; mosaic art, paintings, jewelry and accessories, candles, showpieces, t-shirts, soaps and creams. There is a lot of artistic potential in Aruba and this is the way to stimulate and support this sector.”

Ayo Rock Formations are monolithic rock boulders located in the diorite rock formation region near Ayo village, in Santa Cruz, about 3.2 km from the natural bridge. The Arawak indians were the earliest settlers on the island. They used to visit Ayo Rock Formations so that they could hear incoming thunderstorms closing in on the island of Aruba. They also carved paintings in rocks called petroglyphs while performing religious rites. The rocks are reddish brown in colour and rise above the desert landscape giving a panoramic view of the island. They are located amidst cacti, and lizards are commonly encountered here. The boulders have unusual shapes resembling birds and dragons. There is no plausible explanation yet for the presence of these unusual wind-carved boulder formations on a flat sandy island. However, the geological formations seen on the island are of volcanic origin in its eastern sector, and some areas which are of coral formation are ascribed to the sea which was at higher level. Towering stone boulders, placed in such close proximity and in unusual designs, combined with the tranquil environment of Ayo, create a sense of awe and an understanding of why the area was once considered a sacred site by the island’s original inhabitants (the Arawak Indians).

A Mural in the making in San Nicolaas