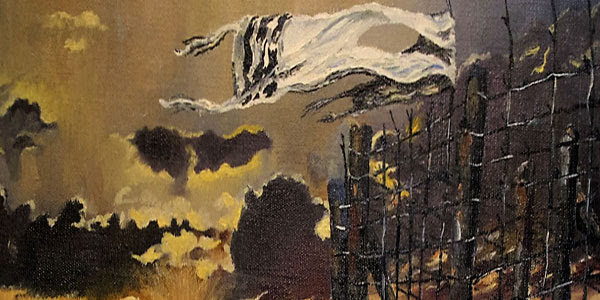 The Beth Israel Synagogue in Oranjestad will dedicate the Kabbalat Shabbat of Friday, January 31st, 2020 to the remembrance of the liberation of the Extermination Camps. Everyone is welcome to join at 7.30pm at the synagogue.

On Monday 27 of January 2020, the whole world but especially Jewish communities around the world take a moment to remember the Holocaust. On this Holocaust Memorial Day, everyone is to recall the millions of people murdered during the Second World War, under Nazi persecution.  This year we will mark the 75th anniversary of the liberation of the Extermination Camps and our community. Together we can make sure that such atrocity will never happen again.

Some testimonies.
75 years of the liberation of Auschwitz – Birkenau: “… The field. guard who came to open the gate said: You are free, and you can leave. All the guards disappeared with the dogs that were always standing in the corner – everything disappeared as if it had never existed. That was one of the miracles! The Russians came in – and we were in a state that nobody moved, nobody left. A soldier was very happy because it was the first camp in which he found people still alive. He began to cry, and we didn’t. He cried and we didn’t … ” – Bela Braver – Survivor

“… I thought I should be happy, I felt the tears, but I knew I had to rejoice. I started to cry, I thought: What did I have left? And the first thought that went through my mind was: what a pity, that they arrived too late, everyone was destroyed, everything worthy in the world was gone. And I was also about to disappear, so no… I didn’t feel sorry to feel that I was destined to die. I felt sorry for their being late, not for me, too bad for being late to save the world. ”
“I think the grief was never so great that this holiday …” – Miriam Akavia – Survivor

April 5, 2020
Each person is a story and each person has a story. Whether fiction or nonfiction, stories R US.

To look inward, upward and forward in times of challenge