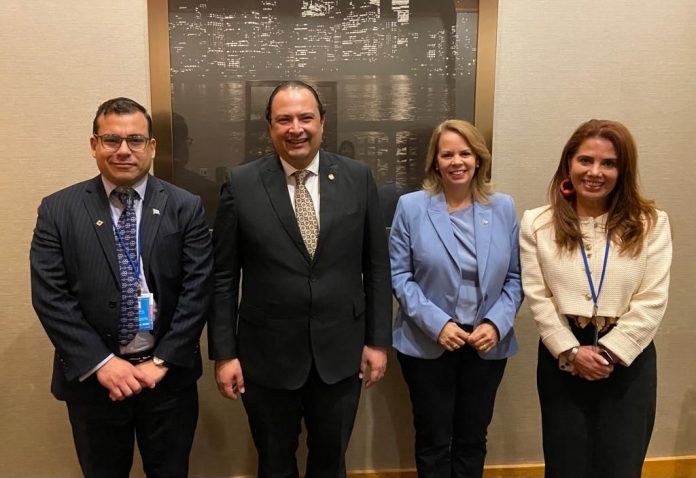 Currently, the prime minister of Aruba is in New York to attend the General Assembly of the United Nations (UNGA). Related to this, there are various meetings of interest for each country. Prime minister Evelyn Wever-Croes gave information about these meetings.

One of the meetings attended was the “Leaders Meeting Local 2030 Network”, which was a meeting between leaders of countries in search of technical assistance and funds to reach the Sustainable Development Goals. She attended in order to create progress and wellness for each citizen of Aruba. The meeting was about the above-mentioned topics and also about energy. The meeting was directed by John Kerry, US special presidential envoy for climate.

Ministerial Meeting of the Association of Caribbean States (ACS)

Aside from this, another meeting started, namely the Ministerial Meeting of the Association of Caribbean States (ACS), with other Caribbean and Latin American countries. “Seeing our economy of scale, there are many benefits for Aruba to associate with other countries”, Wever-Croes expressed.

Prime minister Wever-Croes gave a speech during the meeting Association of Caribbean States, in which the focus was on the fact that Aruba is fighting the effects of climate change, Covid, and the conflict in Ukraine.
In these times that are very difficult for every country, it is important to help smaller countries like Aruba to face these challenges. The prime minister expressed that this was a good a meeting, with various leaders in attendance like the prime minister of Sint Maarten, Silveria Jacobs; chancellor of Guatemala, Mario Bucaro;

Another meeting that took place was the “Local 2030 Island Network”, a meeting for Caribbean leaders. A group of 15 prime ministers and ministers met with US Special Presidential Envoy for Climate, John Kerry. Premier Wever-Croes presented the vision for energy for Aruba, which is a consensus among all stakeholders in Aruba, namely that by 2030 we need to reduce our dependence on Heavy Fuel Oil (HFO) to 45%, and by 2050 Aruba needs to be carbon neutral.

Finally, there was another interesting meeting between the premiers of Aruba, Curaçao and Sint Maarten with the deputy assistant secretary for Caribbean Affairs, Barbara Feinstein. The subject discussed was human trafficking. The American government wants to see Aruba put more emphasis on creating awareness regarding this issue and for Aruba to impose heavier punishment for this crime. Wever-Croes elaborated on what Aruba has been doing on this matter, with the limited capacity and resources available.