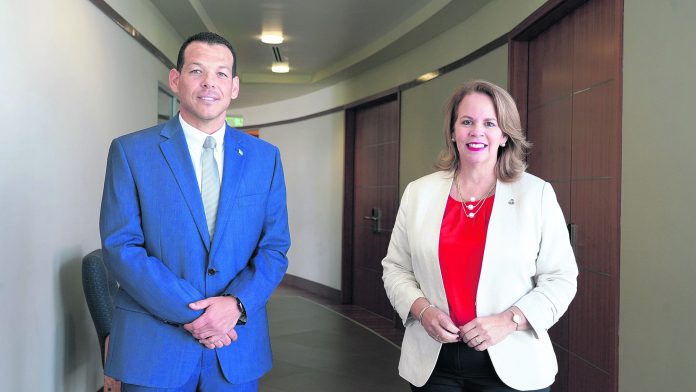 This week during a press conference of the government of Aruba, minister of Justice and Social Affairs, Rocco Tjon announced that last friday, during the meeting of the Council of Ministers, a sum of Afl. 600,000 was approved for a project to give attention to homeless addicts.

According to a press release, this will be a big achievement in giving the problem of homeless addicts the attention it requires.

Wever-Croes expressed satisfaction for this achievement, because she said this problem will receive the attention it deserves in a durable manner. With the funds received, 5 capable people will be employed, who will dedicate to this project exclusively. These 5 professionals will be responsible for approaching the homeless addicts and to make sure each of them is placed in one of the reception centers, thus eliminating the nuisance the addicts cause on the streets, particularly in the city centre.

Changes in infrastructure will also be done, in order to place these clients and give them their due care. As minister Tjon indicated, in the beginning the project will make use of the center in Meiveld, but the plan was also allocated Afl. 100,000 to renovate four rooms in Centro Colorado. Once these rooms are ready, there will be a total of between 16 to 24 beds available where these addicts can receive professional help and care. Attention will also be given to every other need these clients might have once they are taken off the streets. For this, all materials will be available in order to effectively provide for them.

Prime minister Wever-Croes thanked Minister Rocco Tjon and his whole team for their dedication and work for this achievement. Eliminating the problem of homeless addicts, particularly in the city centre, is an enormous contribution to the economic development of Aruba, seeing the sentiment of safety that this will create in each citizen and visitor of our country, Wever-Croes said.

Aruba to Me: Mike & Marie Ruggiero