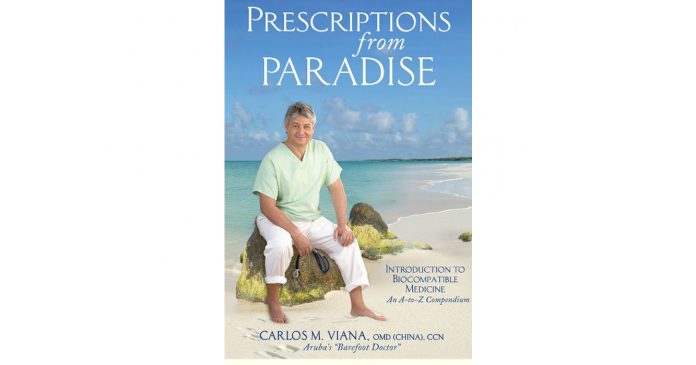 Here in Aruba, as in most modern societies, everyone knows someone who has diabetes. The World Health Organization estimates that by 2025, the number of people with diabetes will reach over 300 million—a staggering 122% increase in less than 30 years. Type 2 diabetes is an epidemic requiring global attention and urgent action. However, controlling your blood sugar levels and preventing diabetes type II can only be managed by you

Misunderstood as a simple sugar imbalance that can be readily corrected through medical treatment; diabetes, in fact, it is a complex medical disorder. Our communities have fundamental genetic predisposition, made worse by our social, behavioral, dietary, and lifestyle factors. The disease has serious implications for vision, cardiovascular health, kidney and nerve functions. Its control and prevention largely depends on lifestyle issues, including diet, weight management, and physical exercise—a many-sided combination of factors that makes treatment complex and challenging

Obesity is a symbol of type II diabetes. A tendency toward belly fat is associated with increased insulin resistance and contributes to its early onset. This may explain why 85% of children in Aruba who develop type II diabetes are overweight or obese at the time of diagnosis.

The preclinical stage (pre-diabetes) of type II diabetes is Metabolic Syndrome or Syndrome X. Metabolic syndrome is a collection of changes in your body that progress silently over a period of years. The critical change is increased resistance to insulin, the hormone that suppresses liver glucose output and removes excess glucose from the blood.

Your body is making the insulin, but the insulin in not available to your cells to convert glucose to energy. We know that virtually everyone who develops type II diabetes starts with insulin resistance. We also know that the risk of developing type II diabetes is highest among obese people who have an abnormal accumulation of fat. Determining insulin resistance is not so much by the amount of body fat as by where the fat is located. In fact, one of the best predictive markers for insulin resistance is excess body weight, in particular around the waist or hips.

In the change from being overweight to being obese, the liver becomes resistant to insulin and the hormone’s ability to suppress liver glucose production. Under these conditions, the excess insulin turns the liver into a ‘fat-producing factory’ with all of its negative effects. Once established, these disturbances in fat metabolism are devastating to blood sugar balance and weight management. Acceleration of this negative cycle and the collapse of pancreatic insulin production change Metabolic Syndrome or Pre-Diabetes which can be controlled or slowed with lifestyle changes into the ever deteriorating health condition, Diabetes.

Get The Point! Diabetes is the one of the top causes of death Aruba, Bonaire, Curacao the United States and Europe. From a study I conducted on Aruba and then published I was invited to lecture to an international scientific group of experts on the prevalence of Insulin resistance and related metabolic features, I presented facts and treatment options. Options that showed improvement in symptoms and on blood tests from lifestyle changes such as drinking more water, using a metabolic or blood type diet, daily supplements and regular exercise. If you are interested in getting your sugar under control, read my book, make an appointment, check for events. Let us help you become your best doctor. q

Aruba Timeshare Association partners up with the Happy Community Initiative