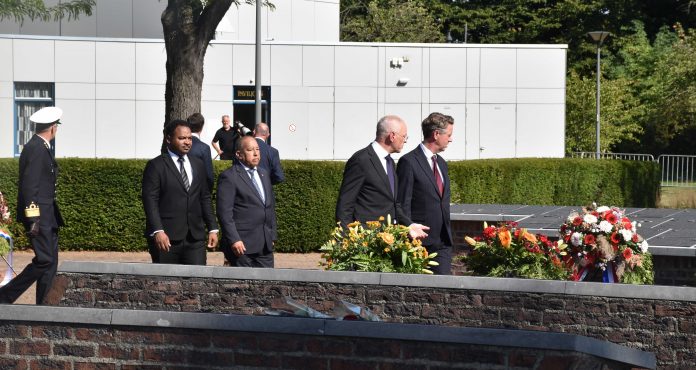 Alternate Plenipotentiary Minister of Aruba in the Netherlands, mr. Ady Thijsen, by invitation of Stichting Indië Monument, was present at the national commemoration at Roermond, the Netherlands.

Premier Rutte gave a speech a laid a wreath in the name of the Council of Ministers at the monument.