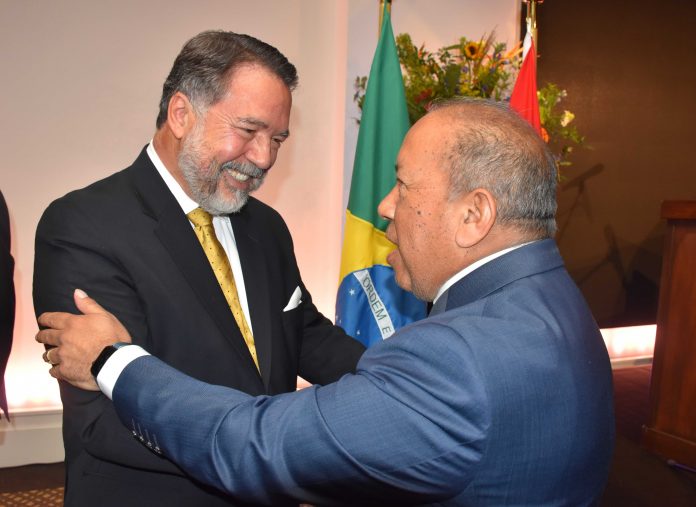 Alternate Plenipotentiary minister of Aruba in the Netherlands, mr. Ady Thijsen was present at a reception celebrating the bicentennial anniversary of Independence of the Republic of Brazil.

Mr. Thijsen, in the name of the Government of Aruba congratulated the Brazilian ambassador for the Kingdom of the Netherlands, Paulo Roberto Caminha de Castilhos França on this special occasion.

The minister also emphasized on this occasion the bonds between Brazil and Aruba, among others, on the field of culture and tourism.

Mr. Price honored for his loyalty