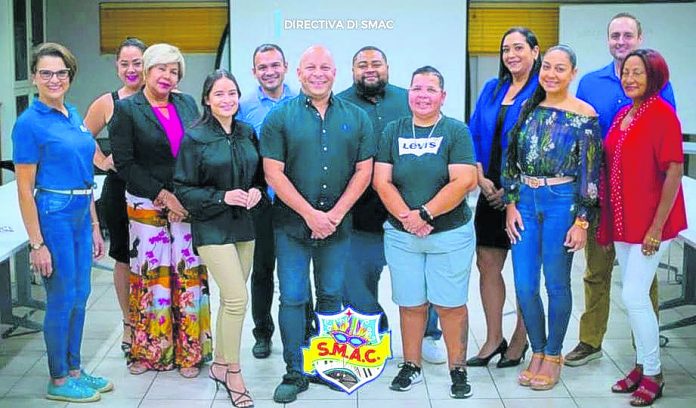 In a friendly encounter, minister of Sports and Education, Endy Croes met with president of SMAC (Foundation for the Management of Aruba’s Carnival), Mr. Darren van Ommeren and the secretary of SMAC, Mrs. Edelysse Nicolaas.

During this meeting the discussed various important topics regarding Aruba’s carnival and they exchanged ideas and preparations for Carnival 2023. According to a press release, they also talked about the vision of the new board of directors for the biggest cultural celebration of Aruba, for example, the possibilities to expand the celebrations for children. Here they discussed evaluating the possibility to have schools cooperate and see if there are more school groups which can be incorporated into the Children’s Parade.

The second topic discussed was the possibility for SMAC to have its own office, a place from which they can carry out their operations. Currently SMAC doesn’t have a fixed place.

To conclude, minister Croes wished the new board success with the preparations for Carnival 2023.