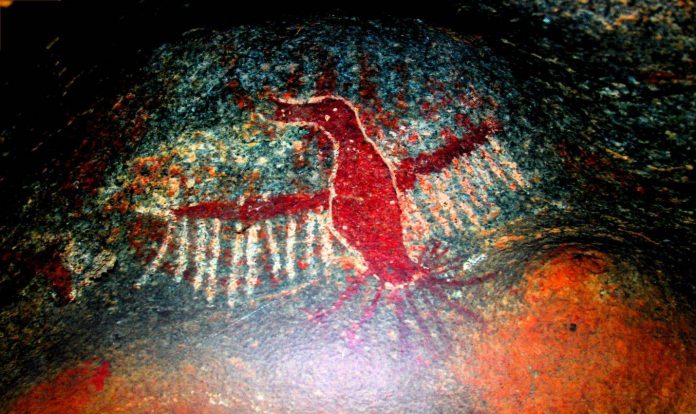 Our weekly column ‘Island Insight’ reveals and uncovers interesting information and amazing stories along the way. In this episode we are going to refer to rock art, ancient native Aruban rock art. Yes, Aruba is scattered with these amazing monuments which are generally divided into two categories: carved (petroglyphs) and color pigmented (pictographs). Pictographs are paintings that were made by applying red ochre or, less commonly, black, white or yellow dye on the desired surface.

In total 301 pictographs and petroglyphs (3) have been found so far, a considerable quantity for such a small island. Petroglyphs and pictographs represent two distinctive methods for producing rock art.  Petroglyphs are carved or pecked into an exposed rock surface, while pictographs are painted onto the rock surfaces. Although the majority of the pictograph images were traced with the finger, some could be executed with brushes made of animal or vegetal fibers. Petroglyphs are powerful cultural symbols that reflect the complex societies and religions of the surrounding tribes. Petroglyphs are central to the monument’s sacred landscape where traditional ceremonies still take place. The context of each image is extremely important and integral to its meaning.

Arikok, our national park, contains one of the most beautiful rock art collections of Aruba. During the study of the pictographs at Arikok, four clusters of drawings turned out to be situated on one straight line, more or less north-south over a distance of 415 m. Of course one drawing can be as little as a point or line that may be meant as a separate drawing by the ancient artist. Still, by counting every separate representation that everybody would call a drawing one reaches at a total of approximately 270 to 331 separate drawings representations over 17 sites. Drawings that are at tens of meters distance of each other are considered one site, one cluster. In fact, ‘sites’ within a radius of 500 meter are considered one cluster.

Weburi is another very interesting place situated south of Piedra Plat`s Protestant Church. Weburi, as we are told stands for; boulders standing in the blowing wind. This pictograph site can also be reached going north from out the Hooiberg hill or Hay stack. After climbing the 500 steps you should look for some particularly round boulders. In one of them, a cove has formed due to erosion with a west-facing entrance and this is the rock containing a fantastic collection of red pigmented ancient drawings. This amazing site might be a bit difficult to find its entrance, however, once the entrance is located and one has made it inside the hollow rock bolder, the mystical drawings are all over the interior wall and can be observed. 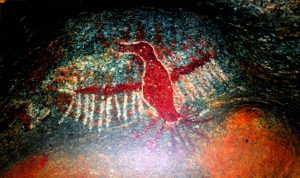 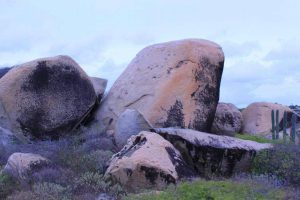 Etnia Nativa shares its island knowledge, considering the status and value of Aruba’s archeological and rock formations sites, historical and natural monuments, the island’s endemic flora and fauna preservation, sustainable waste management and demographic impact on the natural environment in relation with the calming effect of the surrounding ocean, morning nature wakeup calls or perhaps the priceless sound of silence. Get to know more about Aruba’s origins, its animals and culture. Book your visit; connect to our cultural session which has been entertaining participants for decades. Mail us at etnianativa03@gmail.com.

Covid-19 in Aruba- Moving forward to flattening the curve

Talk of the Town Hotel & Beach Club: Vintage trendy, a hotel with a soul