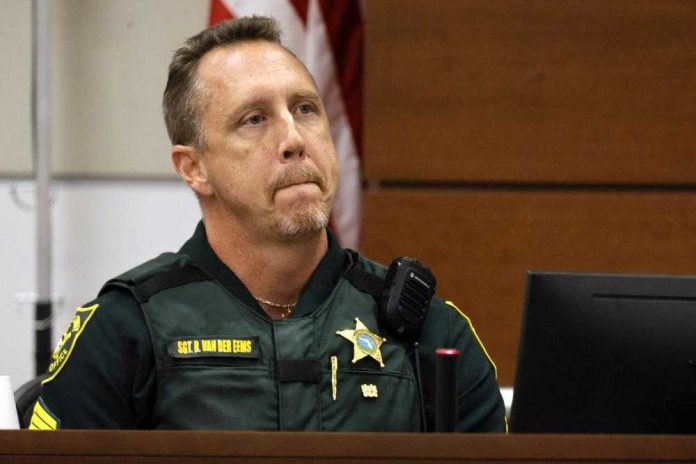 (AP) — Few Americans outside law enforcement and government ever see the most graphic videos or photos from the nation’s worst mass shootings — in most states, such evidence is only displayed at trial and most such killers die during or immediately after their attacks. They never make it to court.

That has made the penalty trial of Florida school shooter Nikolas Cruz for his 2018 murder of 17 people at Parkland’s Marjory Stoneman Douglas High School unusual.

As the worst U.S. mass shooting to reach trial, the surveillance videos taken during his attack and the crime scene and autopsy photos that show its horrific aftermath are being seen by jurors on shielded video screens and, after each day’s court session, shown to a small group of journalists. But they are not shown in the gallery, where parents and spouses sit, or to the general public watching on TV.

Some online believe that should change — that to have an informed debate on gun violence, the public should see the carnage mass shooters like Cruz cause, often with high-velocity bullets fired from AR-15 semiautomatic rifles and similar weapons.

Others disagree. They say the public display of such videos and photos would add to the harm the victims’ families already endure and might entice some who are mentally disturbed to commit their own mass shooting. They believe such evidence should remain sealed.

Liz Dunning, a vice president at the Brady Center to Prevent Gun Violence, doesn’t believe releasing such videos and photos would have the political impact some think. Polls show that most Americans already support stronger background checks for gun buyers and bans or restrictions on AR-15s and similar weapons, said Dunning, whose mother was murdered by a gunman.

“Public perception is not the issue,” Dunning said. “We should be asking more of the powerful.”

Since most of the worst U.S. mass shooters were killed by themselves or police during or immediately after their attack, it is rare for anyone outside government to see such surveillance videos or police and autopsy photos.

U.S. West hit with water cuts but rebuffs call for deeper ones