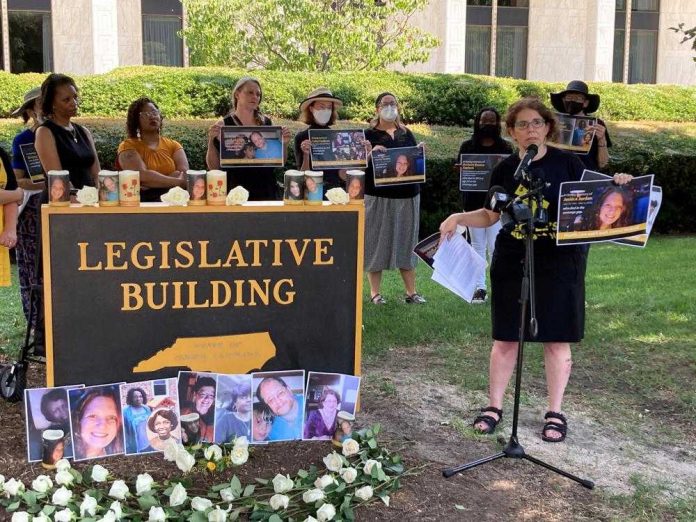 By Gary D. Robertson
(AP) — After a decade of vigorous opposition, most North Carolina Republicans have now embraced the idea of expanding the state’s Medicaid program to cover hundreds of thousands of additional low-income adults. Legislative approval finally appears within reach.

During the General Assembly session that ended July 1, the GOP-controlled House and Senate passed separate, bipartisan measures by wide margins that would put the state on the path to Medicaid expansion. Some details remain to be worked out, but there’s a real opportunity to hammer out a compromise by year’s end.

It’s a remarkable political turnabout in North Carolina, sure to be analyzed in the dozen states that have yet to accept the federal government’s offer to cover people who make too much to be insured by traditional Medicaid but too little to receive subsidized private insurance.

“If there’s a person in the state of North Carolina that has spoken out against Medicaid expansion more than I have, I’d like to meet that person,” Senate leader Phil Berger said when he sought to explain his reversal at a news conference in May. “We need coverage in North Carolina for the working poor.”

The two chambers couldn’t work out their differences before adjourning, and talks between legislative leaders and Democratic Gov. Roy Cooper — a longtime expansion supporter — have idled since then, at an impasse over other health care reforms that senators seek. But Berger remains bullish on ultimate success. “I think we’ll get there,” he told reporters recently.

“There is a lot of work that needs to be done … but overall we are feeling extremely encouraged by how far we’ve come,” said Erica Palmer Smith, executive director of Care4Carolina, a coalition of 150 groups that has worked for expansion since 2014.

Other advocates are tired of waiting. They say too many of the working poor are uninsured, risking their health and their lives. Others on traditional Medicaid worry that without expansion, they’ll no longer be covered if they make too much money.

“I don’t know what to do,” said Courtney Crudup, 32, of Oxford, a mother of three and a cosmetologist who is currently unemployed. She spoke this week outside the Legislative Building at an event urging lawmakers to act. “Hear our stories. Hear regular people like me and people that want to work.”

The apparent change of heart followed years of GOP suspicion about the 2010 Affordable Care Act, which Republicans derided as “Obamacare” only to see the label, as well as the program, become highly popular.

For years, Republicans said they couldn’t trust Congress to keep the federal government’s promise to pay 90% of the costs of expansion. They said the state’s Medicaid program — now with 2.7 million enrollees — had been overspending for years and was ill-prepared to take on more.

And fundamentally, they argued that more people would become dependent on government if allowed to benefit from Medicaid, which now mostly serves poor children and their parents and low-income elderly people.

Doctor who sexually abused patients kills himself in jail

Most of Nebraska wildfire contained, despite lack of rain