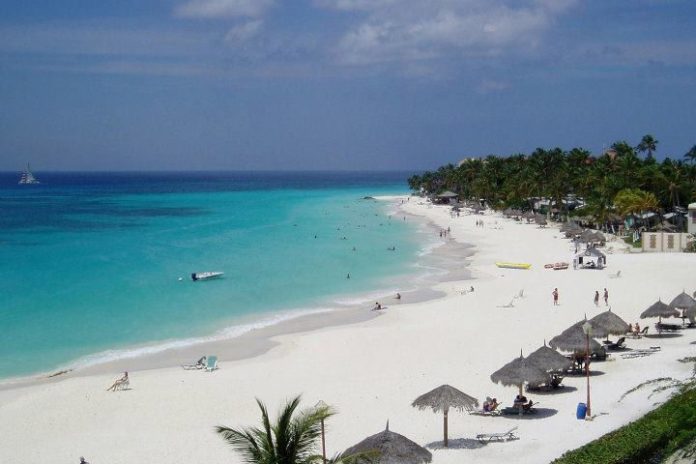 In today’s and tomorrow’s editions of Aruba Today we will publish an opinion article by James Hepple, today we share Part III, tomorrow part IV which is the last in the series. Part I and II were published Thursday April 9, and Tuesday April 13 and are to be read on our website.

The situation in Aruba.
The Government of Aruba is also pursuing a policy of “flattening the curve”, that is slowing the rate of infections to allow its health care system to continue to function. To do this it has pursued aggressive social distancing policies which could remain in place until the end of April. Aruba is probably two/three weeks behind the USA which in turn is behind Italy and Spain so it is likely the rate of infections in Aruba will not peak until early/mid-May.

Should those policies succeed then the rate of local transmission should be substantially reduced although clearly there would still continue to be infections.

But the Government of Aruba faces a huge challenge.

The economy of Aruba is almost completely dependent upon welcoming visitors from abroad. Aruba needs visitor spending to generate income and provide employment. So, there will be enormous pressure to re-open its borders to visitors.

However, once Aruba opens its borders it is inevitable that infected persons from overseas will enter the country and could infect members of the local population who will in turn infect other residents. It is worth noting that New York State generates 20% of all visitors from the USA and will, in all likelihood, have the highest level of infections of any state in the USA.

If the Government chooses to open its borders, as it must if it is to revive its economy, then it is going to have to accept that infections will continue to occur as will deaths resulting from severe cases of infection.

The Government will then have to decide what is an acceptable level of mortality for its population.

It is suggested that accepting visitors can only be mitigated by stringent testing at the airport and cruise port using procedures such as are currently in place in South Korea as this will prevent further infections coming in from the outside. Such testing would have to remain in place for at least 18 months that is until an effective vaccine is developed and distributed.

What impact that will have on the desirability of Aruba as a tourist destination is hard to say but it is likely that many other Caribbean countries will employ similar tactics to address this conundrum.

At the same time, it is worth noting that the level of tourist plant inventory, the hotels, resorts, casinos, restaurants, attractions etc, could well be substantially reduced by the second half of the year. A number of resorts could close and not re-open. A number of hotels may close parts of their property and consolidate business into other parts of the complex. Casinos and restaurants may close permanently. Tour companies may go out of business. All of this will result in lower aggregate spending than in 2019.

At the same time, Aruba’s attractiveness is heavily dependent upon its beach experience. It may be that a relatively high level of infections will result in a public health policy that demands that social distancing be rigorously enforced on Aruba’s beaches. This could make our product significantly less attractive to visitors.

It has been estimated that unemployment in Aruba could reach 50% of the workforce with many persons out of work and who will be without their normal income for many weeks, if not months. A major concern has to be that crime begins to rise substantially as persons attempt to obtain income to support themselves and their families. It will be important in the long run that Aruba protects its image as a safe destination and that rigorous law enforcement practices are put in place to prevent any largescale upswing in crime.

Aruba, like many other destinations, will have to spend considerable sums of money on marketing to bring back business. At the same time, it may well have to invest large sums of money to guarantee airlift at a time of reduced demand. Whether those funds will be available in sufficient quantity is debatable.

Finally, it is possible that many of our best and brightest may emigrate from Aruba to the Netherlands or elsewhere in search of work, leaving us with diminished skill levels in our work force.

Previous incidents such as 9/11, SARS, the Holloway Incident, and the financial crisis of 2008/2009 all suggest that it will take two/three years for the volume of arrivals to get back to previous levels, in this case to the levels achieved in 2019.

May 9, 2021
"In general, quality regulation must be made coherent through a coherent vision of health care quality."

China says most rocket debris burned up during reentry

Playa Linda partners with “Pack for a Purpose”