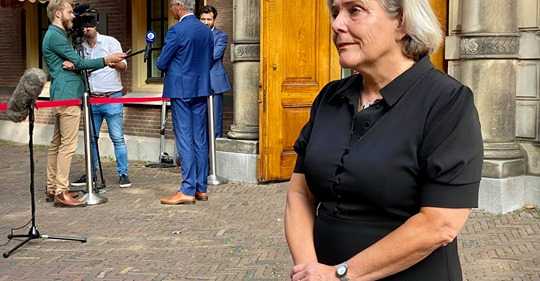 The number of Corona cases on Aruba and Sint Maarten is rising exponentially. The Dutch minister of Defense, Ank Bijleveld, doesn’t see a reason yet to re-deploy the Karel Doorman naval vessel to the Caribbean.

On Aruba more than 1000 individuals are currently infected with the corona virus. At the beginning of August that number was 108. Sint Maarten has also seen a rapid increase in the number of active cases, increasing to almost 200, 12 of which are currently hospitalized. 22 individuals have been hospitalized on Aruba thus far.

According to the minister, there are currently enough defense personnel on the islands to provide assistance. The islands have not put in a request for additional assistance. “We’re keeping an eye on the situation”.

Aruba, Curaçao, and Sint Maarten have received a total of 12 ventilators from the Netherlands since April to help them expand their ICU capacities. Bonaire received 6 additional ICU-beds.

Bijleveld emphasizes that it’s up to the islands themselves to officially request additional assistance. In the meantime, D66 is sounding the alarm in Parliament about the situation in the Caribbean. Their main fear is that seeing as the number of cases are increasing, the number of hospitalizations will go up in a few weeks.

This is the reason why the coalition partner believes that the government of the Netherlands should be more pro-active in speaking to Aruba, Sint Maarten, and the special municipality Bonaire when it comes to the deployment of the Karel Doorman.

Navy vessel already deployed to Caribbean due to Corona

The Karel Doorman was deployed to the islands at the end of April when the corona virus outbreak started there. It’s the ministry of Defense’s largest vessel, with medical facilities on board, which can provide assistance to the local healthcare systems. The Karel Doorman was meant to stay in the Caribbean for three months but the ship returned to the Netherlands early. According to the ministry of Defense, the corona virus seemed to be under control at the end of June on all six islands.

Islands trying to keep number of cases under control

Curaçao reported four active cases on Monday. Unlike on Aruba and Sint Maarten, people from high-risk countries such as the United States are temporarily not welcome on the island.

Aruba expanded its testing capacity at the beginning of August. “Aruba is currently in fifth place worldwide when it comes to the most tests per capita”, according to the Directorate of Public Health. Source: Caribisch Netwerk.