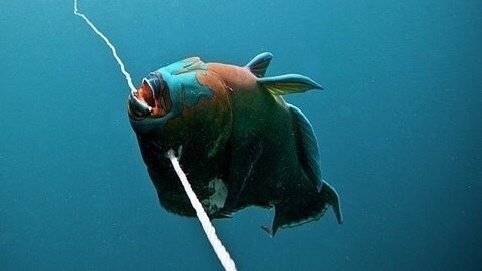 Nature organizations are warning that the islands might experience greater economic losses if attention is not paid to nature preservation and climate change in the negotiations with The Hague for the recovery of Aruba, Curacao, and Sint Maarten.

The income that Curacao for example generates through (eco) tourism and fisheries, directly and indirectly linked to nature activities, accounts for between 21 and 63 percent of the gross domestic product (GDP) of the island.

This is the reason according to Mark Vermeij, scientific director of the Caribbean Research and Management of Biodiversity (CARMABI), that it is important to consider nature preservation when discussing the ‘landspaketten’ which the Netherlands set up in exchange for emergency lines of credit for Aruba, Curacao, and Sint Maarten. “Curacao would miss 400 million dollars’ worth of income if the coral reefs were to disappear”, says Vermeij.

The Dutch Caribbean Nature Alliance (DCNA), which supports the management organizations of the protected nature reserves on all six islands in the Dutch Caribbean, implores the Kingdom of the Netherlands to pay attention when it comes to making Aruba, Curacao, and Sint Maarten environmental- and climate conscious during the discussions about liquidity support.
“We’re following the discussion between the governments within the Kingdom concerning liquidity support to Aruba, Curacao, and Sint Maarten closely and are very worried that no attention is being paid during these discussions to the environment, nature preservation, and climate permanency on the islands”, says Tadzio Bervoet, interim director of the network.

According to Bervoets, targeted discussions should be carried out within the Kingdom to work towards the instruments needed for Aruba, Curacao, and Sint Maarten to deal with the countless environmental issues which they are facing due to climate change. “Amongst others there should be support for improved waste water treatment, or the development of strategies to protect nature reserves which are crucial to limiting the effects of climate change”, Bervoets believes.

The interim director also emphasizes that more attention should be paid to support for the transition to a circular economy which would ensure that the islands would be better prepared for the consequences of climate change. “The negative impact of the climate crisis could be worse for the Caribbean islands than the corona crisis and that is why retention of natural resources should be a central point in the discussion about reforms on the islands”, according to Bervoets. Source: Caribisch Netwerk.

Currently there is a lot of discussion about the spearfishing on Aruba. The Aruba Birdlife Conservation (ABC) elaborates on the topic on social media. Spearfishing is illegal in Aruba since 2001 and illegal in most other countries around the world. Nonetheless, spearfishing has continued unhindered since 2001, mostly to feed Aruba’s massive tourism industry (for example restaurants). Parrotfish and groupers are often caught on Aruba, even though they are species protected by local law. Parrotfish are associated with healthy coral and groupers are much endangered with hardly large groupers (ready to reproduce) left. Spearfishing can destroy the surrounding corals. There is a decline of healthy coral reefs all around the world, including Aruba. Corals in the ocean function like forests. Without it life gets really hard. In some countries spearfishing is legal, but can only be performed by registered, well educated, and well equipped people while following laws and regulations meant to stop the destructive aspects. Illegal spearfishing and selling of protected Aruba species has been going on for years. Unregulated sales even occur via Facebook. ABC is conducting a petition to ask the Government of Aruba not to legalize spearfishing. For more information on this subject check out Aruba Birdlife Conservation on Facebook.

“Choose a job you love, and you will never have to...

Celebration Day of a National Hero