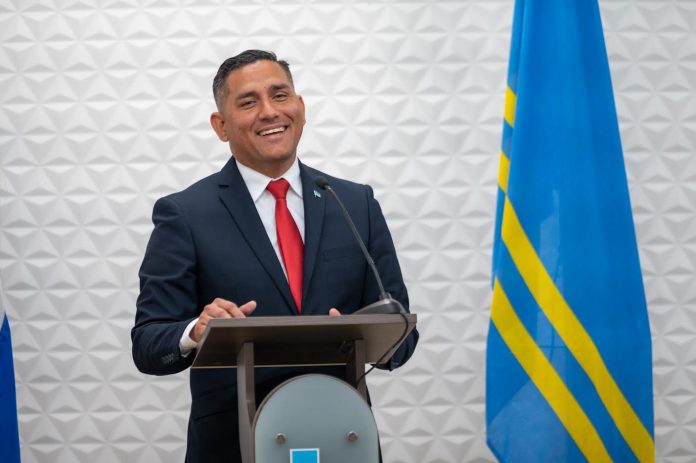 Last week, minister of Transport, Integrity, Nature and Senior Affairs, Mr. Ursell Arends announced the microchipping campaign for local pets, in order to help fight the issue of cats and dogs on the street. This is a topic that has been discussed for many years, particularly the lack of housing for dogs that are taken off the streets.

During a press conference, Arends pointed out that he is aware of the problem caused by a large amount of dogs on the streets in many neighborhoods in Aruba. However, aside from this problem, even though dogs can be rescued off the streets, the available space for housing these dogs is very limited.

The Dog Control Center (CCC) is where dogs and cats are taken when they are rescued from the street and have no owner. At the CCC there is enough space for a total of eight dogs, the minister informed. There is space for puppies and very limited space for cats. “In my opinion it is not the most humane form either to attend to the cats”, he added.

Seeing the dire situation regarding space for these animals, the minister mentioned that in the 2023 budget there are funds allocated for the government of Aruba to invest in an Animal Control Department.

“These are the steps were going to take to improve where these dogs are placed when they are caught and removed from the street. I know that the problem exists in a lot of neighborhoods, it is a problem for years already, and we are approaching this problem aggressively right now”, Arends added.

With the microchipping campaign, the minister explains, they hope that they can help minimize the amount of dogs on the street by using information that will help locate the owners of dogs that are on the streets while belonging to a household. “I hope that the community can understand the steps we are taking and instead of giving resistance, collaborate and keep their dogs in their yards.”

He pointed out that once the dogs are microchipped, they can be returned to their homes more easily. Arends commented that many times when dogs are found on the street, the neighborhood itself is aware that the dog has an owner, but it is difficult to locate the owner. The microchip will make it easier to bring the dog back home to its own family.