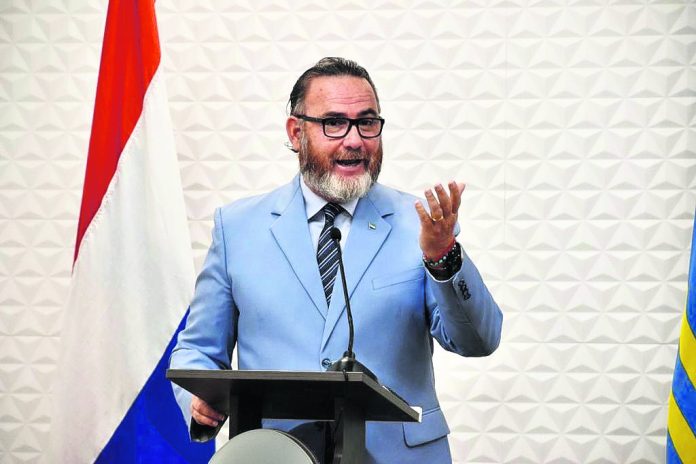 Aruban minister of Energy, Mr. Glenbert Croes together with the Plenipotentiary minister of Aruba in Washington, Mrs. Joselyn Croes held a meeting with representatives of various departments of the American government. The goal of these meetings was to ask the American government for consideration, understanding and support for the request of the government of Aruba for FSMA/RdA to purchase heavy fuel oil from Venezuela.

Aruba, like the whole world, is going through difficulty because of the energy crisis, caused by the invasion of Ukraine by Russia. The price of oil is high, and it means that prices of fuel is also increasing, including the heavy fuel oil that FSMA/RdA (refinery of Aruba) has to purchase to sell to WEB Aruba NV (electricity and water production plant), which in turns creates a price increase for water and electricity, heavily affecting our community and economy.

The reason why Aruba is approaching the United States with the request specifically to purchase heavy fuel oil from Venezuela is because there are indications that the discount that the government of Aruba can get on heavy fuel oil from Venezuela is so great that it can help bring down the price of water and electricity on the island. This will provide relief to the community of Aruba for the following 30 months while Eagle LNG is implementing its project so that WEB can switch to gas, according to a press release. Once WEB is no longer dependent on heavy fuel oil, the price of water and electricity will go down permanently.

Minister Croes expressed that the meetings in Washington were positive and he thanked Mrs. Joselyn Croes and her team at the Dutch Embassy in Washington for organizing these meetings. The preparatory meetings began from Aruba, and with the staff at the Dutch Embassy that is supporting Aruba. This made a big difference for a small island like Aruba, with support of the platform of the Dutch Kingdom, having the strength and opportunity so that Aruba can be heard in the United States.

Minister Glenbert Croes will be in meetings and communication with the Dutch Embassy in Washington so that, together with the Plenipotentiary minister, they can work on the request through diplomatic channels. The Council of Ministers will be informed before the formal request goes out to the American government.

“The cost of life in Aruba and the whole world is sky high, and it is our task as a government to do our utmost effort to bring down all aspects of the cost of life affecting our community”, minister Croes said.