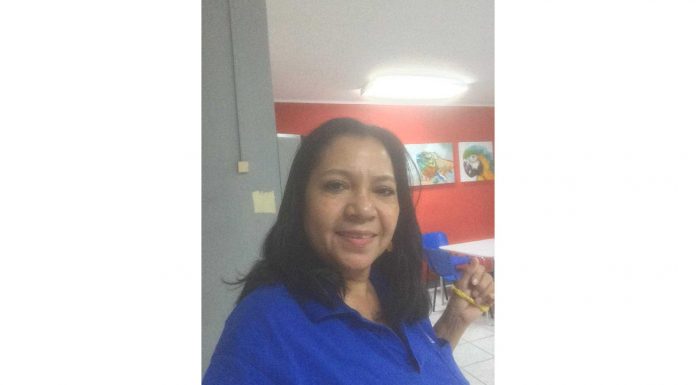 Miledy Jerez is proud of being a woman and of everything she has achieved. Here she tells us a little bit about her childhood, obstacles and confrontation she encountered for being a woman.

Since young Miledy always loved to study. She finished her college and when she was 20 years old she continued her study at the University where she decided to do journalism. Her inspiration for this was because she liked investigative journalism, doing research, she liked to conduct interviews, being on the road looking for news and she even created her own documentaries.

Miledy’s parents at that time were very strict and saw journalism as something dangerous. Miledy’s big sister is the one who paid her studies, but later on was not able to continue to do this. This caused for Miledy’s dream to stop and she had to take some other direction.

Miledy has 7 sisters and 3 brothers. She felt that they as sisters had the dominion over their brothers. Her brothers asked her for advice for many things. “Without us, our brothers would be like a headless chicken.”

After not being able to continue her dream Miledy took a job in teaching. She worked as an intern in science for seven years at an elementary school. Miledy was offered another position but she declined it because it wasn’t what she wanted to do. However, she took the position as secretary which she held for two years. She did take different courses such as english and cashier. She worked for several years until she decided to get married and came to live in Aruba. She has two daughters and has been living in Aruba for 20 years.

Her husband didn’t want her to work at first. Because according to their culture a woman should stay at home taking care of the children and the household. She was frustrated by this situation. She finally got a job, but she couldn’t count on her partner’s help to take her to work so she walked to work everyday until her husband understood her determination and decided to support her in her decision.

Miledy is extremely happy with where she is right now. Even though she has been offered other positions, but due to the lack of transportation she had to decline these offers, this never demotivated her. She woke up everyday with a smile on her face and does her work with extreme satisfaction.

Miledy works six hours per week and is able to balance her work and personal life very well. On a Saturday morning you will find Miledy cooking and cleaning with a budlight beer in her hand and taking care of her husband and two lovely daughters.

Miledy would like to congratulate all women of Aruba on this special day and is very thankful to our women ancestors who fought for our rights.

Pilot project of the Aruba Tourism Authority: First group of the...