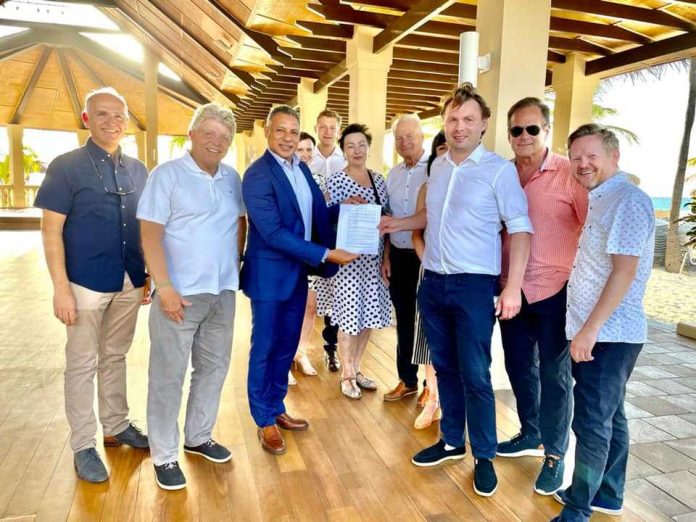 Manchebo Beach Hotel officially opened its doors on December 15, 1966 as Aruba’s newest tourism development on the beautiful shores of Aruba. The hotel developed by ALM pilots Mense and Fokker-Hamminga was the first of its kind on the Manchebo/Eagle Beach area. Aruba’s tourism was thriving well at the time with the Aruba Caribbean Hotel and the Sheraton on Palm Beach and the Talk of the Town Hotel in Oranjestad amongst others.

In 1970 Ike Cohen became one of the major shareholders and started managing the hotel. At the time Ike Cohen and his family were already running the Talk of the Town Hotel in Oranjestad as well the famous Talk of the Town Restaurant. Ike Cohen went to work at the Manchebo and turned the hotel to a higher level. Affiliated with the Best Western brand the Manchebo Beach Hotel built up a loyal clientele of repeat visitors over the years all looking for a tranquil and casual beach getaway.

Ike Cohen was a successful businessman and one of the co-founders of the Aruba Hotel Association. In 1978 Ike Cohen received the first ever “Hotelier of the Year Award” of the Caribbean Hotel Association. Later, the Queen of The Netherlands knighted Ike in honor of his leadership in establishing tourism as a valuable economic resource for the island. Ike Cohen passed away at age 96 on September 23, 2007. On February 11, 2016 the Government of Aruba unveiled the “Ike Cohen Monument” at Plaza Turismo located just opposite the Talk of the Town Hotel. A monument dedicated to Aruba’s many successful tourism pioneers.

Rejuvenation of the resort started in 2003 when Ike Cohen appointed the current resort general manager Edgar Roelofs. Together with company director Bill Crona the wellness concept was introduced with the opening of Spa del Sol. This exotic Caribbean-Balinese outdoor spa oasis designed and managed by the late Fred Abspoel opened its doors in 2004 and set the tone for years to come.

A full resort renovation commenced in 2009 which included the 72 resort rooms, restaurants, bars, beach pavilion and public areas resulting in a successful 4-star boutique wellness resort. The pool-side restaurant was turned into a fine dining venue in 2012 and named after its legendary owner “Ike’s Bistro” as a tribute for his passion for the culinary.

The resort has always been a favorite with honeymooners from North America and Europe. However the first honeymoon couple to ever stay at the resort was Glen and Aurora Carvahal from Aruba. Married on December 27, 1966 the couple spent their honeymoon at the Manchebo Beach Hotel.

Today Manchebo Beach Resort & Spa is Aruba’s leading wellness resort offering daily yoga and Pilates classes, Spa del Sol, a fitness room and of course a health focused culinary menu in the resort restaurants. In the morning expect home-made granola, steel-cut oatmeal and fresh fruit smoothies to start off the day. Longtime guests mingle with a new generation of wellness-conscious travelers who are drawn to this intimate oceanfront oasis as much for its setting as its thoughtful grasp of island culture and cuisine and modern-day services and amenities. 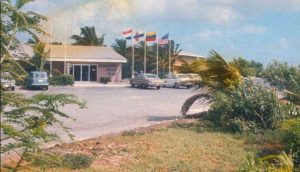 A Change of Ownership

On Monday, November 15th, 2021, The Manchebo Beach Resort & Spa enjoyed a smooth transition into a change of ownership as its acquisition was formally concluded and signed, welcoming the Molo Hotel Group to Aruba. 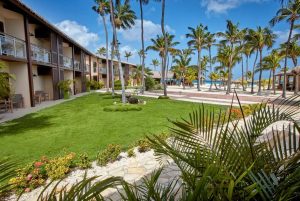 In early 2020, just before the pandemic, the Slominski family vacationed in Aruba. Originally from Poland, the family formed a dynamic owner-operator hotel company in 2017. It was on the lookout for opportunities in Aruba, to help build its portfolio of high-quality resorts in great locations, around the globe. According to son Lukasz Slominski, the Chairman of Molo Holding, he took a stroll down the beach with his parents, starting at the hotel where they were staying, and casually stopped at the Manchebo Beach Resort for a drink. The three Slominskis fell in love with the beach, and the location, shared their findings with other family members, and together decided to make an offer, adding Aruba to their list of Molo Hotels great locations. They contacted Bill Crona, and while the resort was not for immediate sale, in consultation with the Cohen siblings Tommy, Ree and Yvonne, who have been involved with the property from the start, for 50 years, the idea to place the Manchebo in the hands of a family-held company, became very attractive. The Slominski’s expressed the desire to take the resort over, including all staffers and members of management, to continue doing what it does, maintaining the spirit of the original concept for the coming years, until an eventual expansion. 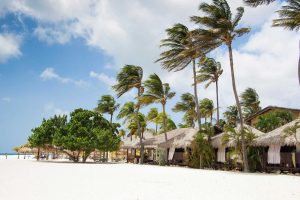 What truly has made Manchebo Beach Resort & Spa a home away for so many customers over the years are their friendly and dedicated resort employees. It is like coming home for so many of their guests. It’s the Manchebo team that makes the customer experience the One Happy Island experience that it is until today!