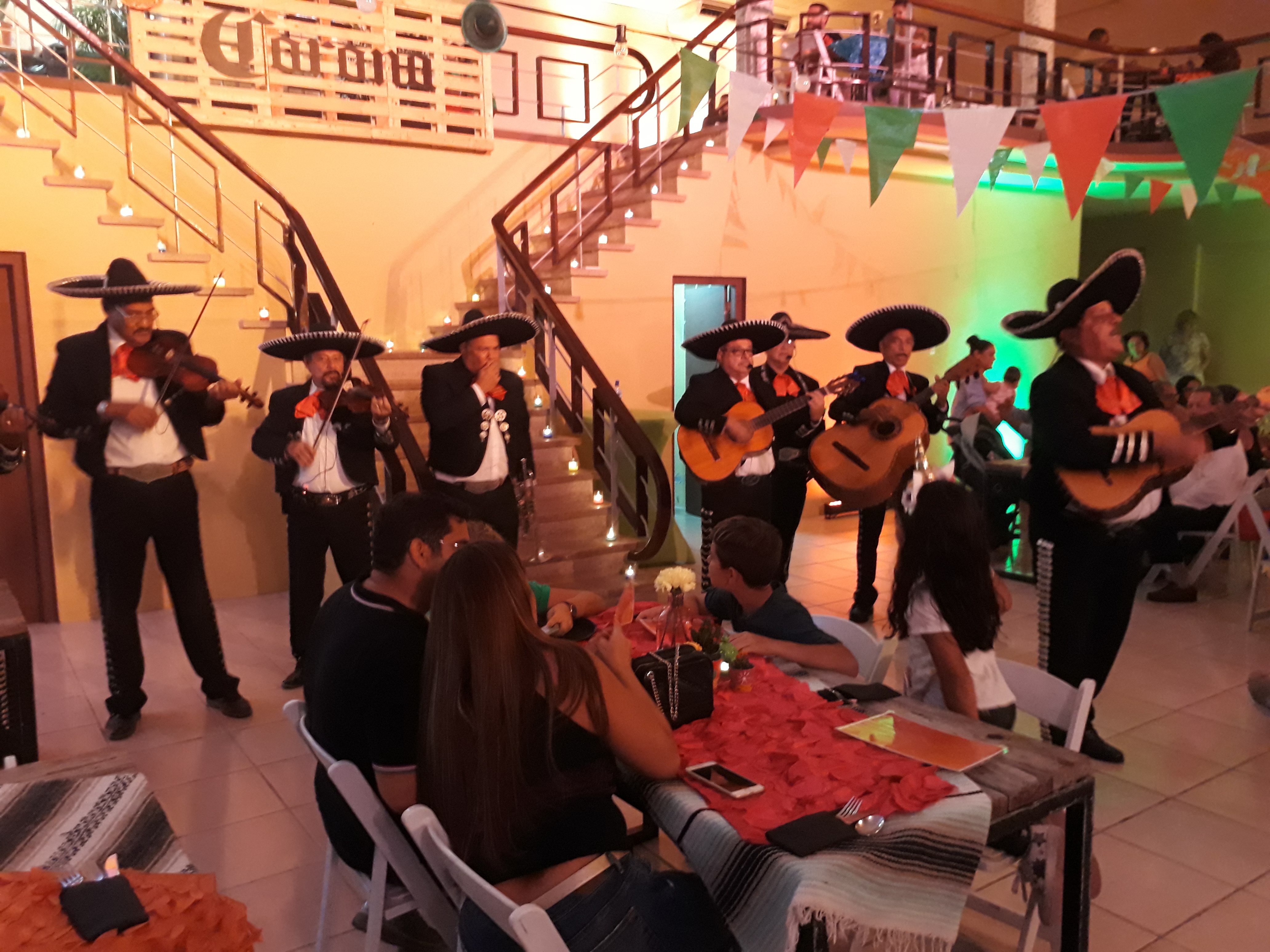 ORANJESTAD – In the vintage style former warehouse of department store La Linda in the main street of Oranjestad something was going on last weekend. Vibrant colors, jolly ambiance, happy faces and uplifting live music were the ingredients of a real ‘noche mexicano’. Renaissance Aruba hosted the event that rocked it for two days: last Friday and Saturday. The celebration of ‘Cinco de Mayo’ in its origin memorizes the Mexican victory over the French army in a battle for the city Puebla (1862). Normally the party enhances a parade, music, folkloric dances and of course good food.

By entering Casa Matias you immediately felt happy as bright colors were welcoming you and I mean this up to the tiniest details. Typical Mexican table covers, mini cactus and flowers in vases in red, yellow, green and blue, colorful garlands and above the central staircase a big sign of beer brand Corona. Around 9 PM on Saturday the place was packed, but Renaissance had a nice lounge area upstairs where you could wait for your table while enjoying a drink.

The Mariachi band Perla from Aruba uplifted the party with their enthusiastic performance. A huge piñata hanging above the entrance was waiting to be broken and explode with all candies and presents inside. The original, traditional shape of the piñata is the six pointed star and in Mexico the breaking of a piñata accompanies almost every festive occasion. Apparently it was impatiently happy to burst as the huge thing fell on the floor just after the first hits. Anybody who would have passed by the building at that time would have thought there was a crisis going on as guests went wild grabbing around them to get those free weekend stay tickets or other prices that were released from the piñata. It was big fun and you could see guests enjoyed to the fullest.

International Chef Juan Pedro Maldonado of the JW Marriott Cancun came over especially for this event and together with the culinary team of Renaissance Aruba he prepared a nice menu with very reasonable prices where you could pick something from everything to travel around the Mexican culinary territory. Appetizers like Ceviche Mixto, Chimichanga and Tostadas de Salpicon or Corn Chip Soup were an introduction followed by Pescadillas, Chicken Fajitas or Barbaocae for example. A choice of three Mexican desserts made the fiesta complete. Corona beer, Tequila’s and Margarita’s added to the Mexican vibe, but of course there were many other drinks available. Just make sure you join in next time for this surprising and great concept.

About Renaissance Aruba pop ups
Once a month Renaissance Aruba organizes a different theme pop up restaurant with authentic dishes, entertainment and décor at several locations on/off property. Be ready for the next adventure to …… Thailand on June 8 and 9. International guest star chefs together with the culinary team of RenAruba will take you on a special culinary journey only 1 or 2 days monthly.