During its meeting of June 8, 2021 and after reviewing the most recent economic and monetary data, the Monetary Policy Committee (MPC) of the Centrale Bank van Aruba (CBA) decided to keep the reserve requirement at 7.0 percent. The reserve requirement refers to the minimum amount of reserves that commercial banks must hold at the CBA and is equal to 7.0 percent of their liabilities with a maturity less than 2 years. The following information and analysis were considered in reaching this decision.

International reserves (including revaluation differences of gold and foreign exchange holdings), up to and including May 21, 2021, strengthened by Afl. 248.1 million compared to the end of December 2020. This expansion was primarily the result of the liquidity support provided to the government of Aruba from the Netherlands, as well as higher inflows related to tourism. Meanwhile, official reserves increased by Afl. 98.3 million. Consequently, the official and international reserves reached, respectively, Afl. 2,306.2 million and Afl. 2,604.7 million as of May 21, 2021. Accordingly, the level of reserves remained adequate when benchmarked against the current account payments and the IMF ARA metric.

In April 2021, total credit contracted by Afl. 44.2 million or 1.1 percent to Afl. 3,920.0 million, when compared to the end of 2020. This was driven by the categories ‘loans to individuals’ (-Afl. 25.1 million or -1.3 percent), ‘business loans’ (-Afl. 14.3 million or -0.9 percent), and ‘other’ (-Afl. 4.9 million or -0.9 percent). The category ‘loans to individuals’ was mostly influenced by a lower demand in consumer credit and to a lesser extent due to decreasing housing mortgages. Meanwhile, the component ‘business loans’ was for the most part negatively impacted by current account loans, commercial mortgages, and term loans equal to or below two years, all of which showed a decrease. 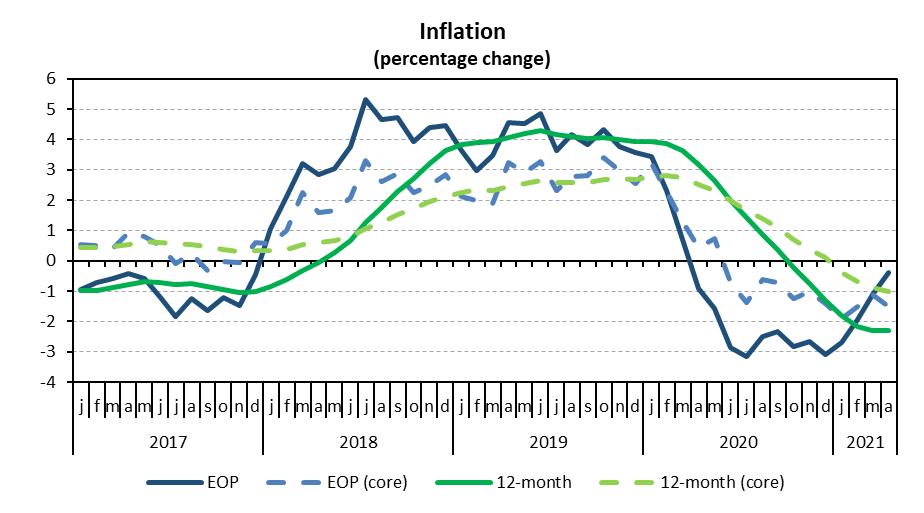 Cleanliness is next to …..