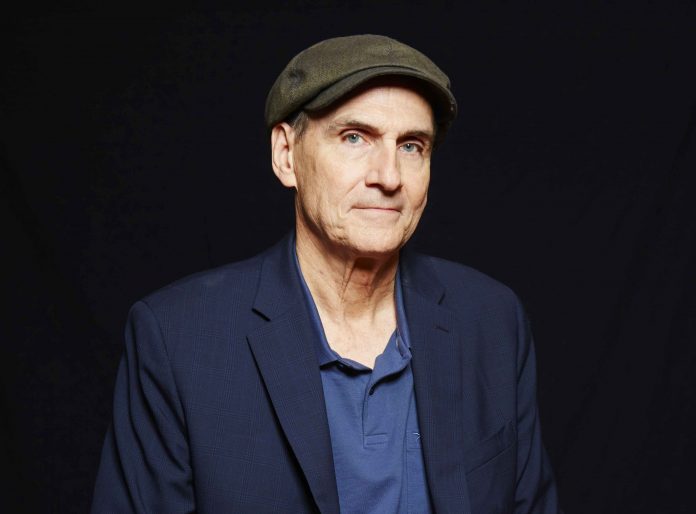 Something happens when James Taylor covers a song. It gets all James Taylor-y. “People often tell me, ‘It sounds like you wrote that song’ or ‘That sounds like a James Taylor song.’ And that’s because basically it’s been translated into my language,” the singer-songwriter told The Associated Press in an interview this week.

“Not all songs work in my language, but the ones that do — if they’re interesting or worthy of being recut — it’s because it’s nice to hear them in James Taylor.”

Fans are getting more classics translated into James Taylor on Friday with the digital release of three songs — “Over The Rainbow” from “The Wizard of Oz,” “I’ve Grown Accustomed to Her Face” from “My Fair Lady” and “Never Never Land” from “Peter Pan.”

The trio of tunes never made it to Taylor’s “American Standard” album earlier this year, which contained such covers as “Sit Down, You’re Rockin’ the Boat” and “God Bless the Child.” Instead of leaning on a piano, they are guitar-led reinterpretations, often wistful and airy.

Taylor, 72, says he was intimately familiar with the songs picked for the album and new EP, having first heard many of them from his parents’ record collection growing up in North Carolina.

“I’d just try them on for size,” he says. “It was so easy and natural to pick up an instrument and start learning songs and reinterpreting songs and developing a sort of a simple guitar technique.”

The new batch of songs lean heavily on Broadway musicals, like the songwriting teams Richard Rodgers and Oscar Hammerstein II, as well as Frederick Loewe and Alan Jay Lerner. “I think they had a profound effect on my songwriting. They basically are my teachers,” says Taylor.

During the interview, Taylor was effortlessly thoughtful, moving easily from topics like the gentrification of Boston’s suburbs to what a revelation Chartres Cathedral must have been to a peasant hundreds of years ago. He’s well versed in Thomas Mann and Tolstoy.

Several times he noted that his guitar skills were somewhat limited and that his natural tendency to James Taylor a song is to lean on his own influences: Latin music, bossa nova and Afro Cuban. “It’s interesting to put songs into that vocabulary,” he says.

He is modest about his own songwriting, saying he usually sits down with a guitar and plays until he finds a melody — or “catching an idea,” as he puts it — and maybe a scrap of lyric. That is how masterpieces like “Carolina in My Mind” and “Fire and Rain” came about.

“There have been a few tunes that I just thought of while I was driving the car and I would reach for my phone and put down the line of lyric or melody — that has happened, too. But my feeling is that when that’s happening, I’m still inhabiting that place that I discovered and built by sitting down playing the guitar.”

The “American Standards” batch of recordings reunited Taylor with master guitarist and producer John Pizzarelli. The two had worked on Taylor’s 2002’s album “October Road” and his 2006 Christmas album.

Pizzarelli, who also has worked with Paul McCartney, Michael McDonald and Rosemary Clooney, calls Taylor an amazing guitar player and a talented harmonizer. “When you listen to the collection, he really James Taylor-ized them and not at the expense of the songs. He makes the songs better.”

Taylor says he recorded the covers, many at his barn studio in Washington, Massachusetts, not only to honor them but also to educate — reminding some younger listeners who might be looking for the next good thing of sonic past triumphs.

“I’ve got four kids and they’re all musical to a greater or lesser extent. So I’m constantly saying, ‘Go listen to Lee Dorsey, listen to Ry Cooder, listen to Neil Sedaka,'” he says. “I am always recommending them.”

Whether he’s sitting down to rework someone else’s song or creating one of his own, Taylor somehow evokes feeling with his voice, a process that baffles even him. “You sing it and it summons the emotion. That’s the magical thing,” he says.

He marvels that songs like “Over There” or “It’s a Long Way to Tipperary” can instantly create patriotic zeal. “You can have a couple of pints and sing it and feel it again,” he says, genuinely impressed. “How about that?”